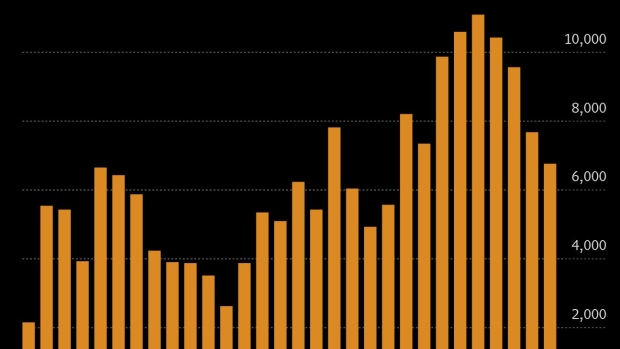 The UK-based YouTuber, whose watch-focused channel boasts more than 40,000 subscribers, put away her $14,000 timepiece after an incident in which she was followed around a store by a customer who had clearly “clocked” her watch. Pearce feared she was about to become another victim of luxury watch theft.

“It’s just turned me right off the Daytona,” said Pearce, who moonlights as a youth minister for the Church of England. “It’s kind of sad because it’s a watch I really love.”

She’s not the only collector worried about unwanted – and potentially dangerous – attention. Reports of high-end watch robberies, many of them violent, are soaring in cities around the world. That threatens not only consumers, but also the roughly 100 blue-chip Swiss brands whose sales could take a hit if wearing one of their watches suddenly feels scary.

While there are no national statistics on watch theft, authorities in major cities have reported spikes. London’s Metropolitan Police Service launched an operation this summer to address the problem after the number of knife-point robberies surged 60% between May and June. In Paris, a police taskforce dedicated to stopping luxury watch theft has grown to 30 agents.

“This is a top priority for us, and we have already made a number of arrests,” said London Detective Chief Superintendent Owain Richards.

“No one should have to go about their day in fear of thieves,” he added.

In London, police data shows that 667 Rolex watches were lifted between January and September. And in an unfortunate twist on their slogan, “you never truly own a Patek Philippe,” 73 of the luxury Swiss brand’s watches were stolen in the English capital between the start of the year and September, up from 60 over the same period last year.

Robberies aren’t only happening on the streets. Last week, England football star Raheem Sterling rushed home from Qatar after an armed burglary at his house near London, where it seems a $365,940 (£300,000) watch collection was a target. English cycling pro Mark Cavendish also had two Richard Mille watches stolen during a burglary of his Essex home last year.

In a sense, watchmakers are victims of their own success. As social media influencers have made six-figure watches more recognizable, thieves have learned which high-end accessories are worth making off with. In 2022, the average price of a luxury watch stolen in London was around £9,000, up from between £4,000 and £5,000 in previous years, according to police data.

“When you have a watch like a Richard Mille or an [Audemars Piguet] Royal Oak, [thieves] instantly recognize it,” said Oliver Mueller, head of the Swiss watch consultancy group LuxeConsult. “They’ve seen it on Instagram.”

This lifestyle trend has played into a darker phenomenon: YouTube is now filled with security camera footage and bystander videos of people being violently assaulted for their expensive timepieces. In one clip, a robber rides a moped alongside a luxury car, then smashes the car’s window with a hammer to steal the driver’s watch. In another, a couple are attacked during the day in a posh part of London.

Collectors have taken notice. “It’s a very bad, very bad image. I don’t know if wealthy people will wear fewer watches, but they are getting more careful,” Mueller said.

So far, luxury watch sales have remained relatively strong, although prices for the most sought-after Rolex, Patek and Audemars Piguet watches have been falling sharply since March on the secondary market. Last year, Swiss watch exports rose to a record 22.3 billion francs ($24.1 billion), according to the Federation of the Swiss Watch Industry, and are on course to break records again in 2022.

For now, watchmakers are keeping an eye on how crime affects sales.

“We are very much aware of the problem,” Rolex said in response to Bloomberg News queries. The Geneva-based watch giant controls almost 29% of the luxury Swiss watch market, according to Morgan Stanley estimates, and its annual sales total around $8.5 billion (8 billion Swiss francs).

Spokespeople for Patek Phillipe and Audemars Piguet, the maker of the Royal Oak, also said the issue was “of concern,” but declined to comment on how or whether they’re addressing it.

Europeans aren’t the only ones on edge: the Los Angeles County Sheriff’s Department said the region saw 206 thefts involving at least one watch valued at $5,000 or more from the start of the year until mid-November. That marks a nearly 30% increase from the same period in 2021. Police have blamed the crimes on organized gangs and advised residents to avoid wearing expensive jewelry in public.

“We are definitely seeing examples of robberies and thefts of luxury watches taking place across North America,” Tannie Ng, a senior underwriter for luxury collections at Chubb Ltd., said in an interview.

The return of international travel has likely contributed to the problem. Ng described a situation in which a client flew to Paris for a wedding and was relieved of his Patek Philippe Aquanaut in a daytime mugging.

Luckily, Ng said, the client was fully insured and had even updated his policy to reflect the $145,000 market value of the watch – a nice windfall from the $40,000 retail price he had paid for it several years earlier.

In response to such incidents, French law enforcement has put more effort into winding down watch theft.

According to Paris police commissioner Julien Herbaut, luxury watch robbery fell by 44% this summer in comparison to the year before, despite a major increase in tourists. His team caught 175 watch thieves between January and August, up from 85 over the same period in 2021.

“Our investigators have a very sharp knowledge of those criminals and how they operate,” said Herbaut, noting that the less experienced a thief, the more violent a robbery tends to be.

Without naming specific brands, the commissioner said that French police are in constant dialogue with top Swiss watchmakers – as well as law enforcement officials in Italy and Spain – to share intelligence about stolen goods and the illegal resale market.

“Word is spreading among these criminals that the theft of watches is not worth it,” he remarked.

For now, many collectors remain reluctant to wear their prized timepieces out on the town.

Adrian Barker, a YouTuber with 244,000 subscribers and co-host of a watch podcast called “About Effing Time,” said he has become more careful about flashing his collection. He keeps his favorite watches – including a gold-and-steel two-tone Rolex GMT Master II – at home in Scotland, just to be safe.

But he also travels frequently to London. For those trips, Barker has a backup plan: he wears an Apple watch.

--With assistance from Sarah McGregor.