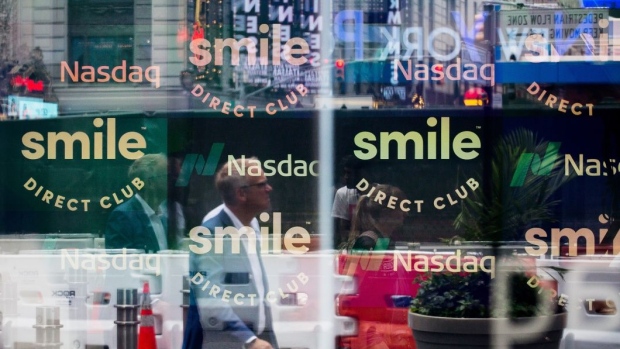 A supply pact with Align that limited SmileDirectClub to selling its products only online and in retail shops expired at the end of 2019, the Nashville, Tennessee-based company said in a statement announcing the move Tuesday.

“With our agreement with Align Technology now expired, we are no longer obligated to stay in the direct-to-consumer channel,” SmileDirectClub co-founder Alex Fenkell said in the statement. “We’re excited to expand our offering.”

Shares of the company gained as much as 8.6% in trading before the markets opened in New York.

The Nashville-based company makes 3D-printed aligners that are custom fit to patients based on impressions made in shops or at home with a kit. The company says that more than 750,000 people have used its teeth-straightening products since it was founded in 2014.

SmileDirectClub will now sell directly to members of a profession that once tried to stop it. Some traditional orthodontists have warned consumers about the possible dangers of using SmileDirectClub, and the industry’s main trade association filed complaints against the startup in dozens of states.

The move also puts SmileDirectClub into head-to-head competition with Align, which sued the company in 2015 for patent infringement. The suit was eventually dropped, and Align became a major investor in SmileDirectClub and a third-party supplier of its products prior to SmileDirectClub’s initial public offering in September. Align no longer holds a stake, SmileDirectClub said.

SmileDirectClub said it had seen increasing demand from dentists and orthodontists in its network who wanted to provide its aligners to in-office patients.

“Individual orthodontists and dentists do what is in the best interests of their practices,” SmileDirectClub Chief Clinical Officer Jeffrey Sulitzer said in an interview. “When there is a good business opportunity, they will take advantage of it, and this will be a great business opportunity.”

The company said that only about 30% of U.S. dentists and orthodontists now offer clear-aligner therapy for their in-office patients.

The news follows a Jan. 6 announcement by SmileDirectClub that it would sell a new line of oral care products exclusively through Walmart Inc.

While its stock rose sharply after the Walmart news, through Monday’s close the shares were still down by more than half since the IPO.

(Updates with shares in the fourth paragraph)

To contact the reporter on this story: Robert Langreth in New York at rlangreth@bloomberg.net