SmileDirectClub Inc. shares sank 28 per cent from their initial public offering price in Thursday’s debut, becoming the first U.S. firm since at least 2008 to raise more than US$1 billion and price its IPO above range, yet sink in its opening trades.

With other mega-IPOs like Peloton Interactive Inc. and The We Co. looming, SmileDirectClub provides the first test in months on whether IPO investors will endorse a large, unprofitable firm surrounded by buzz despite a broader rotation into value trades. The maker of alternatives to dental braces raised US$1.35 billion in this year’s fifth-largest IPO, which priced Wednesday night above its indicated range. The stock joins Uber Technologies Inc. -- which priced within its indicated range -- as the only 2019 debut above US$1 billion to open lower. 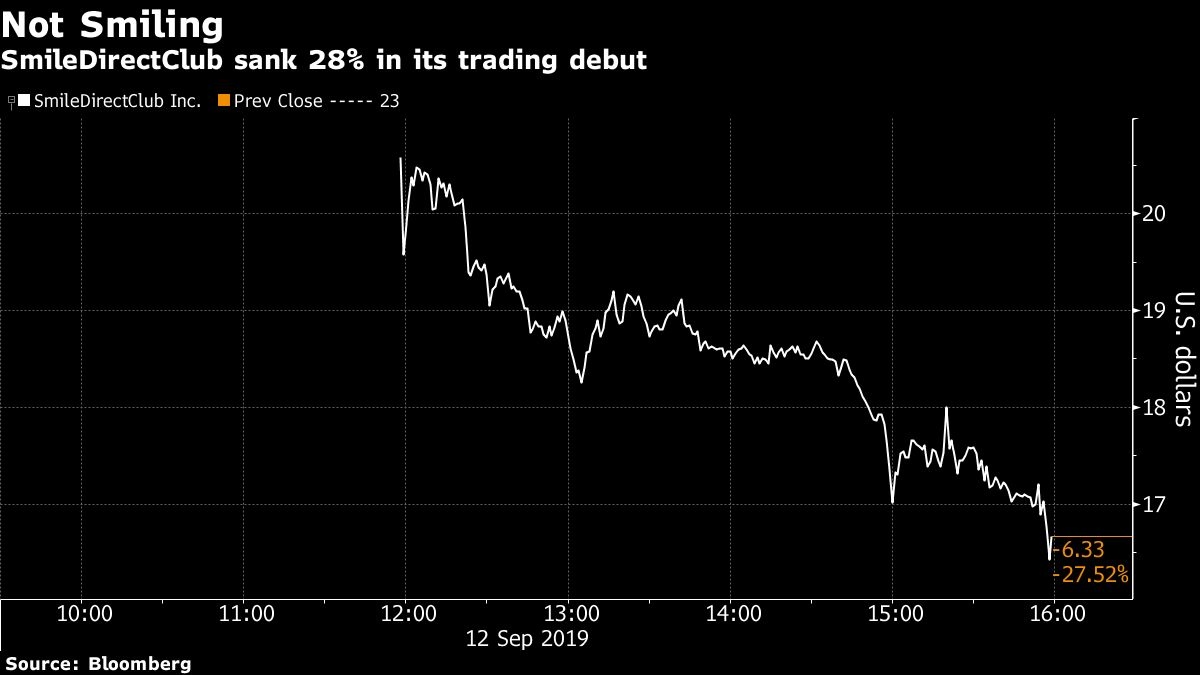 SmileDirectClub was the first to U.S. listing to raise at least US$1 billion since Chewy Inc. on June 13, but at least three more are expected in the coming weeks. CloudFlare Inc. is scheduled to debut Friday, Peloton on Sept. 26 and WeWork possibly by the end of this month.

The company sold 58.5 million Class A shares on Wednesday for US$23 each, above the $19 to US$22 offering range. The deal valued the company at about US$8.9 billion based on the outstanding shares as listed in its filings with the U.S. Securities and Exchange Commission.

The offering was led by JPMorgan Chase & Co. and Citigroup Inc.