Ad spend is the first thing that goes as the economy slows down: Gerber Kawasaki’s Hatem Dhiab

US social-media companies saw more than US$130 billion wiped off their stock-market values Friday, after disappointing revenue from Snap Inc. and a lackluster report from Twitter Inc. raised new concerns about the outlook for online advertising.

Twitter also reported quarterly results on Friday, though Wall Street remains focused on the company’s legal battle with Tesla CEO Elon Musk, who is attempting to withdraw from a deal to buy the company. The stock rose 0.8 per cent on the day.

Social media shares are facing a relentless slowdown in advertising revenue at a time when competition from other platforms, such as TikTok, increase. Friday’s losses in the group’s shares mark the second selloff sparked by Snap in two months. 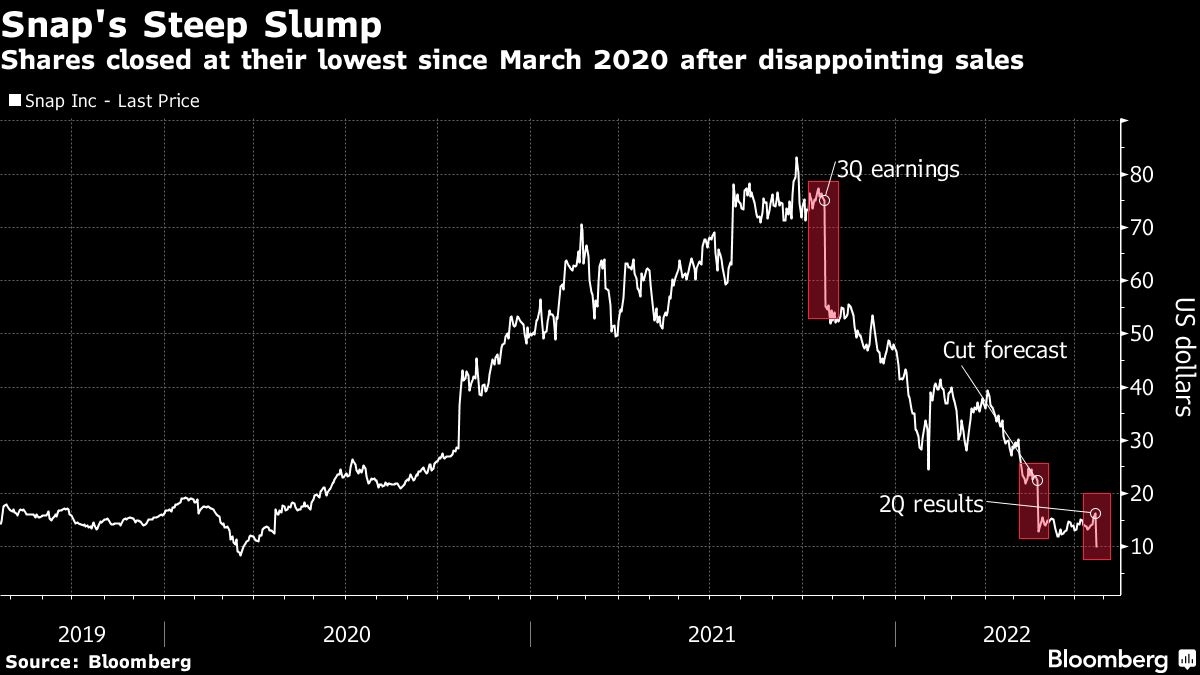 Wall Street analysts were quick to react, with more than a dozen brokerages cutting recommendations on Snap’s stock, while many more trimmed their price targets. The shares have slumped nearly 80 per cent this year, while Meta and Pinterest are down about 50 per cent.

“TikTok’s strong engagement and rapid monetization growth are having an outsized impact on Snap’s business,” JPMorgan analyst Doug Anmuth wrote in a note. He cut his rating on the stock to underweight and slashed the price target to a Wall Street low of US$9.

Snap didn’t issue financial guidance for the third quarter, except to say that revenue so far in the period is about flat compared with last year. Management also reiterated it plans a “substantially reduced rate of hiring,” echoing plans by Apple Inc. and others.

“The earnings optimism may come to a pause for now,” said Tina Teng, a markets analyst at CMC Markets in Auckland. “Snap’s miss on earnings expectations indicates the severe challenges facing its tech peers, typically on social platforms such as Meta Platforms.”

“With more and more mega-cap tech companies planning to slow hiring and downgrade their growth expectations, the economic outlook is certainly not in good shape,” CMC’s Teng said.