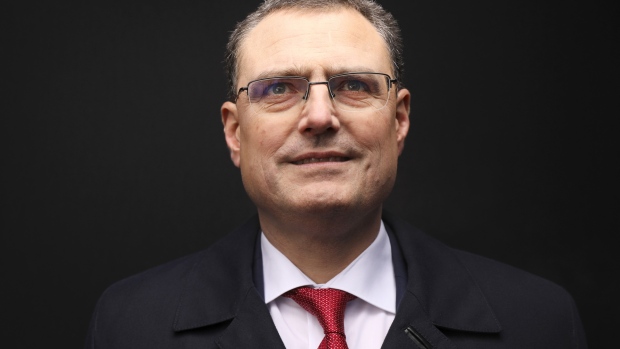 (Bloomberg) -- The Swiss National Bank intends to keep interest rates at a record low and can even reduce them further if the political risks dominating the outlook explode into a bigger crisis, President Thomas Jordan said.

“The current monetary policy is the right one and we will continue with it for some time,” Jordan said in interview with Bloomberg Television’s Francine Lacqua in Davos.

For 2019, “the biggest concern are political mistakes,” he said. “We have the big debate between China and the U.S. -- the trade dispute could have a big impact on the global economy. We’re a small, open economy and we will be impacted as well. Then of course you have Brexit and the European situation.”

The SNB’s deposit rate of minus 0.75 percent is the lowest of any major central bank. It also pledges to intervene in currency markets to counter appreciation pressure on the franc, which is popular among investors at times of market stress.

The franc rallied sharply in response to Britain’s 2016 vote to leave the EU, and the U.K.’s departure -- scheduled for late March -- could have a similar effect. “Especially” if there’s no agreement with the EU, Jordan said.

“We believe these tools are sufficient, also in order to deal with a little bit more volatility in financial markets.”