SNC-Lavalin Group Inc., the embattled Canadian engineering firm that has seen its stock spiral this year, just got some good news: Jarislowsky Fraser Ltd. purchased shares in the company, taking its stake to 11 per cent.

The $38 billion asset manager, now owned by the Bank of Nova Scotia, holds almost 19 million shares of SNC-Lavalin as of Aug. 31, according to an Aug. 10 filing. This is the first time the fund has purchased shares in the company since 2013.

SNC-Lavalin climbed as much as 11per cent in early trading Wednesday, extending its rally for a second day.

Earlier this year, Stephen Jarislowsky, founder of the Montreal-based investment firm, called on SNC-Lavalin to allow shareholders to vote on SNC’s proposed sale of a stake in a Toronto toll road to Canada Pension Plan Investment Board. The 10.01per cent stake sale for as much as $3.25 billion was completed last month. 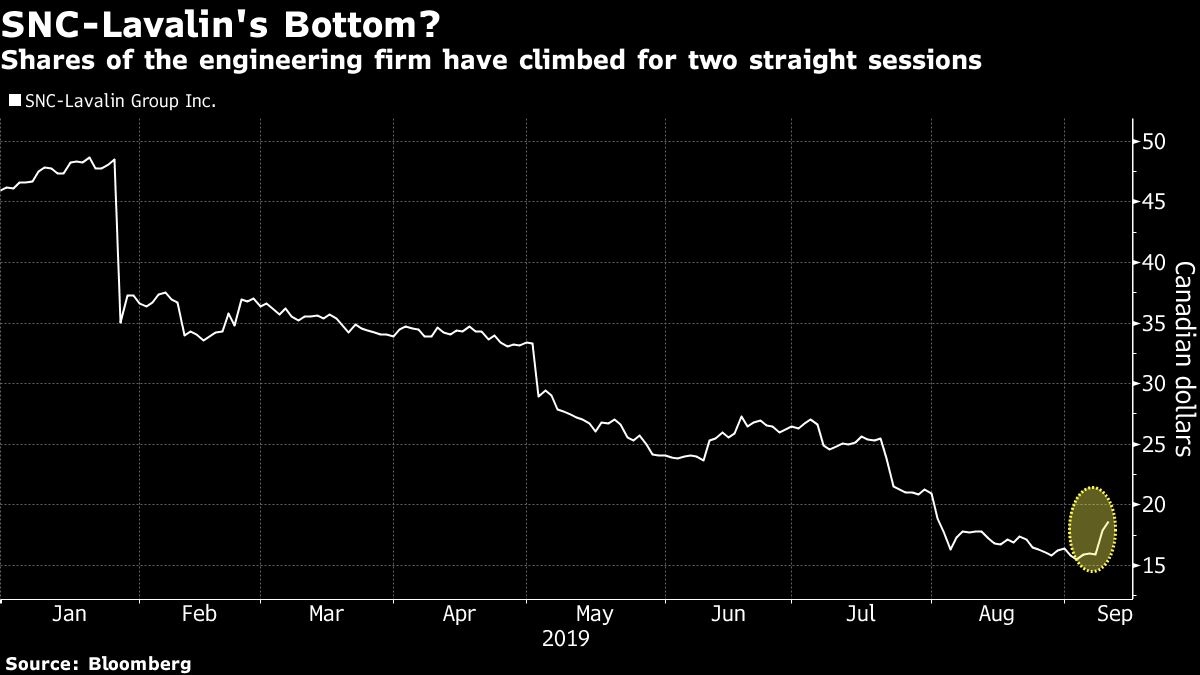 SNC-Lavalin’s shares have climbed about 14 per cent in two days after CIBC analyst Jacob Bout said the company is trading close to the value of its concessions segment alone and resumed coverage with an outperform rating and a 12-month average share price target of $25. The shares traded at $18.35 in Toronto Wednesday.

Prior to the two-day surge, the stock had slumped more than 65per cent this year after the company issued three profit warnings, wrote down the value of its Middle East energy business and lost a contract in Chile valued at $260 million. It also found itself at the center of a political crisis after Prime Minister Justin Trudeau and his staff were accused of trying to help the company avoid a criminal trial over its dealings in Libya. Trudeau, facing an election next month, says he’s done nothing wrong.

The firm’s largest shareholder, Caisse de Depot et Placement du Quebec, has also been calling for change. Last month, the pension fund said that SNC must build a culture of execution and take a “major step up in discipline” to implement its new strategy.

--With assistance from Sandrine Rastello