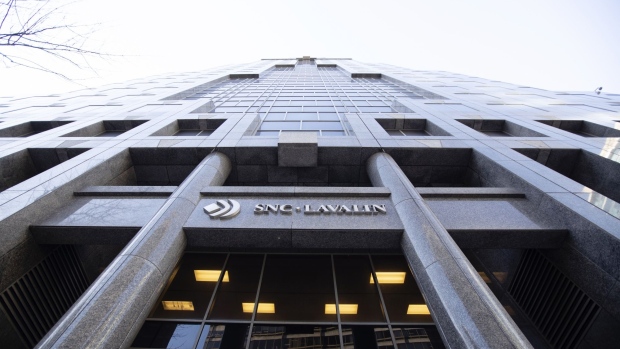 Louis Veronneau will take on the new role of chief transformation officer, which includes possible divestments and reducing costs. The mergers and acquisitions specialist led negotiations to sell Bombardier's majority stake in the C Series to Airbus, a stake of its rail division to the Caisse de depot et placement du Quebec and its Downsview site in Toronto to a pension fund.

The chief transformation officer is one of three new positions created to improve cash flow and sustainable growth for SNC-Lavalin.

As president of the infrastructure sector, Jonathan Wilkinson will look, among other things, at the existing turnkey projects -- worth around $3.2 billion at the end of the third quarter -- which are included in the SNC-Lavalin order book.

Dale Clarke has been appointed acting executive vice-president of infrastructure services to grow North American "high performance" services, such as those involving engineering.

As part of its new strategy, SNC-Lavalin has stopped bidding on fixed-price contracts, where cost overruns are absorbed by the contractor, in order to turn greater attention to engineering services, where the risks are lower.

The company also said it is exploring "all possible options" for its resource sector, including a possible divestiture.

In December, SNC-Lavalin was fined $280 million after its construction division pleaded guilty to fraud for actions taken in Libya between 2001 and 2011.

"Each of these appointments further reinforces our focus on the execution of our new strategic direction," stated president and CEO Ian Edwards.

"All three of these individuals bring deep expertise and a strong track record in effectively leading transformative projects, and they will enhance our ability to deliver on our strategy."