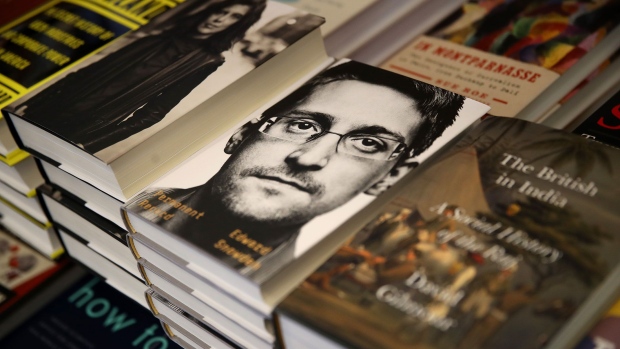 (Bloomberg) -- The U.S. said it will ask a judge to sanction former Central Intelligence Agency employee Edward Snowden for failing to turn over evidence in the government’s lawsuit over his tell-all memoir, “Permanent Record,” which was found to illegally disclose classified information.

U.S. Magistrate Judge Theresa Buchanan on Monday extended the government’s deadline by two weeks, to July 27, for Snowden to provide the information after prosecutors complained about his “blanket refusal to participate in discovery” about the book as well as speeches he gave after he exposed U.S. secrets in 2013.

Snowden, who was a National Security Agency contractor after leaving the CIA, was sued in September for failing to submit his book to the agencies for pre-publication review as required under his contracts. The U.S. is seeking all profits from the book and any payments Snowden received from four speeches he gave in which classified documents were used as slides.

In December, U.S. District Judge Liam O’Grady in Alexandria, Virginia, ruled Snowden was liable for violating the contracts, setting in motion U.S. demands for evidence about how much money he made from the speeches.

The American Civil Liberties Union, which is representing Snowden, declined to comment. The organization previously said in court filings that the government is stretching the limits of how it can use NDAs to silence former employees by targeting their speeches.

Snowden, who is living in or near Moscow, has defended his decision to reveal top-secret NSA surveillance programs, including the hacking of private internet systems and widespread spying on allies and adversaries of the U.S.