Snowflake Inc. shares slumped ahead of a lockup expiration on Tuesday that will give company insiders their first chance to cash out since the initial public offering three months ago.

Shares of the cloud-computing company have nearly tripled since Sept. 15 with investors becoming enamored with its triple-digit revenue growth and potential to expand market share. That’s made Snowflake the best performing U.S. company to debut this year, excluding IPOs that raised less than US$1 billion, according to data compiled by Bloomberg. The stock has fallen in three of the last four trading days since closing at a record US$390 on Dec. 8 and more declines could be in the offing if insiders are tempted to cash in. 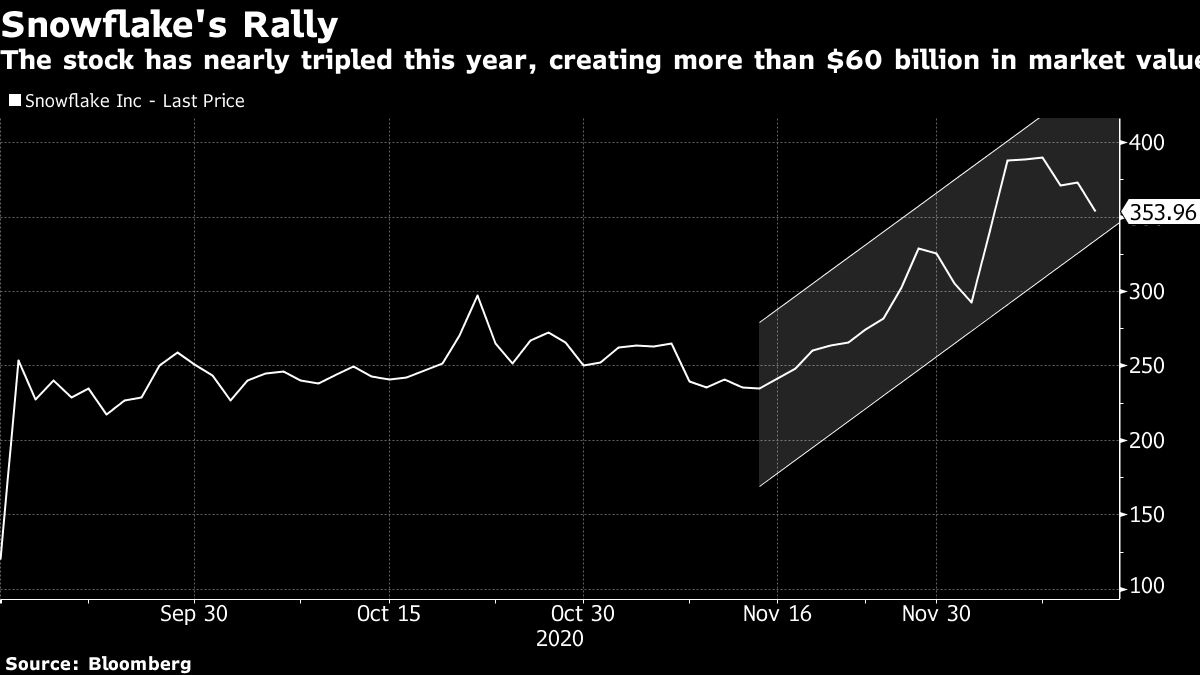 Snowflake’s gains have raised concerns that after adding more than US$60 billion in market value, its valuation is getting overheated. On Friday, Deutsche Bank downgraded its rating to hold from buy, warning that a further rally is probably limited as investors seek to lock in gains at the end of the year. Snowflake fell as much as 5.6 per cent on Monday to US$334.12. The stock is now down 13 per cent from a record high.

“Any profit taking around the lockup expiry could be exaggerated by tight liquidity typical in late December and early January,” analyst Patrick Colville wrote in a research note.

Snowflake’s lockup expiration comes just three months after its debut, half the length that is typical following an IPO. Of the 22 analysts covering the San Mateo, California-based company, less than half recommend buying the stock. A Snowflake representative declined to comment.