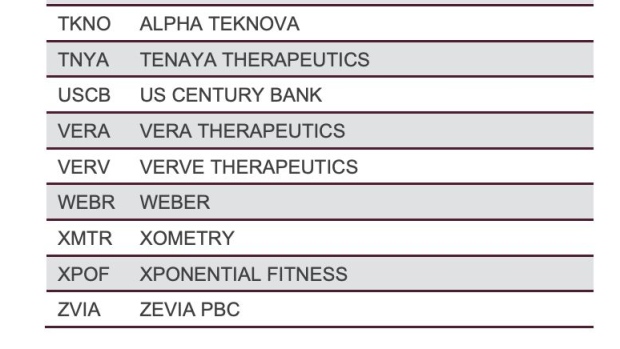 (Bloomberg) -- Investors struggling to keep track of all the changes in this week’s revamp of FTSE Russell gauges should give themselves a break -- even the index provider itself can’t keep up.

A published list of additions to the Russell 3000 has been trimmed by one name after U.S. Century Bank was mistakenly included, the benchmarking firm said on Friday.

The Miami-based lender had previously been considered eligible for inclusion in the Russell 2000 and 3000 based on total shares outstanding on the cut-off date. However, the weight of unlisted class-B shares was adjusted down following additional research, FTSE Russell said.

That took Century’s market cap below the eligible threshold. While the Russell 2000 list published on the index provider’s website excluded it, the Russell 3000 list “erroneously” left it in, FTSE Russell said.

“While this was an error on the public Russell 3000 list, passive trackers would not rely on this list,” a FTSE Russell representative said by email. “These clients subscribe to index files, which did not include the addition.”

The list of companies joining its indexes after market close on Friday was announced by FTSE Russell on Aug. 27. They include 68 newcomers to the Russell 1000 and 2000 gauges, the biggest infusion of initial public offerings since the index firm began tracking in March 2010.