Mortgage stress tests may be in need of a 'tweak': RBC CEO

Canada and New Zealand are the most vulnerable to a house price correction given both the price-income ratio and the price-rent ratio are well above their long-run averages, according to Bloomberg Economics.

Policy makers may already be acting given Canada’s government has introduced a tax on foreign buyers, while overseas purchases have been banned in New Zealand. Still, the next challenge will be whether global house prices rise as central banks get ready to lower interest rates, with the Federal Reserve set to cut rates for the first time in more than a decade on Wednesday. 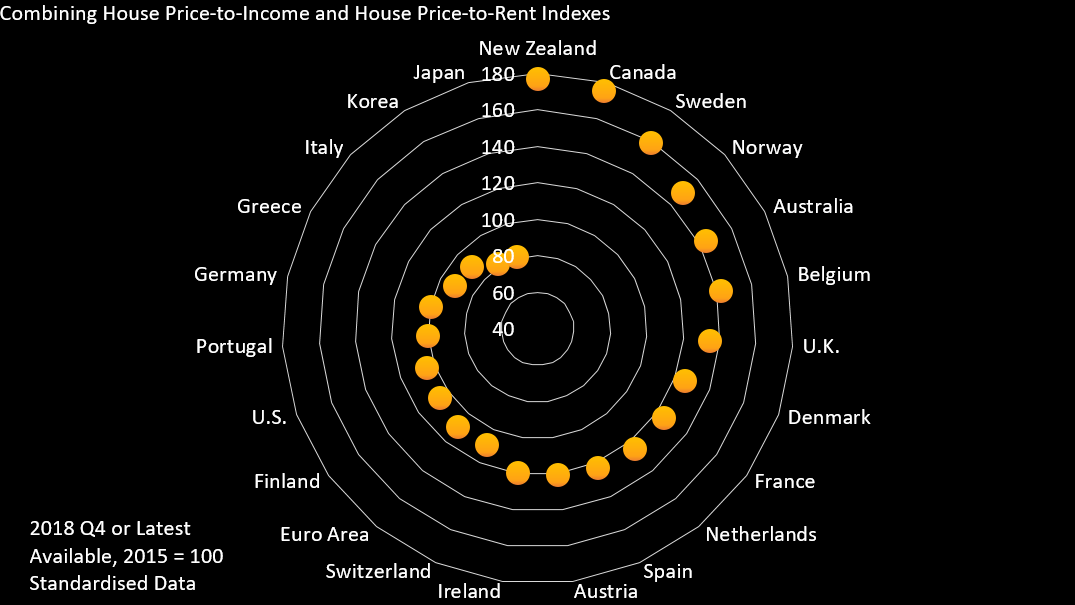