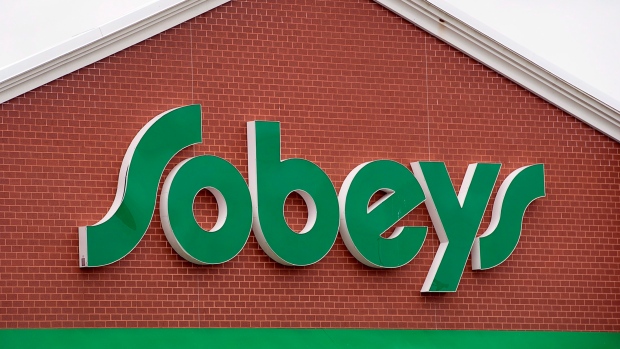 STELLARTON, N.S. -- The parent company of Sobeys and Safeway grocery stores plans to focus on innovation as it wraps a multi-year cost-saving initiative that has exceeded expectations, chief executive Michael Medline says.

Two-thirds of the way through a three-year transformation plan, dubbed Project Sunrise, Medline confirmed the company would exceed its $500 million target after achieving $200 million in savings in the 2019 financial year.

The cost-saving program came after Empire bungled its $5.8-billion acquisition of Safeway in 2013. The company promised to cut up to $500-million in costs, among other things, when it launched in the fourth-quarter of its 2017 financial year.

With much of the heavy lifting of that project behind the company, it will now shift its focus to innovation, Medline said, noting it will focus on projects that will drive business.

"At this time, we are keeping these projects close to the vest for obvious competitive reasons," he said.

Executives later elaborated about using data analytics and artificial intelligence, and Medline said the company will soon announce a new hire for the position of head of innovation. Empire will also test some things in store and online early in this financial year that it hopes to eventually roll out across the business.

Empire's competitors are also doubling down on data and technology to drive business. Loblaw Companies Ltd., for example, is investing in expanding self-serve checkouts and adding electronic shelf labels in stores.

Home delivery appears to be a large focus for many of Canada's grocers. Empire has already partnered with British firm Ocado Group to build two roboticized online-delivery fulfilment centres -- one in Vaughan, Ont., set to launch in the spring of 2020 and one in Montreal with an anticipated launch date of 2021. The centres will be part of the company's home delivery offering, named Voila by Sobeys, which it believes will be the best solution for e-commerce in Canada. Some of Sobey's competitors have outsourced home delivery fulfilment to third-party companies, like Instacart.

The comments on the new plan came as Empire raised its dividend as it reported a profit of $122.1 million in its latest quarter, up from $71.0 million in the same quarter last year. Empire will increase its quarterly payment to shareholders by a penny to 12 cents per share.

Sales grew to $6.22 billion compared with $5.89 billion. Same-store sales were up 3.2 per cent for the most recent quarter, compared with 0.5 per cent a year ago.

Analysts on average had expected a profit of 42 cents per share, according to Thomson Reuters Eikon.