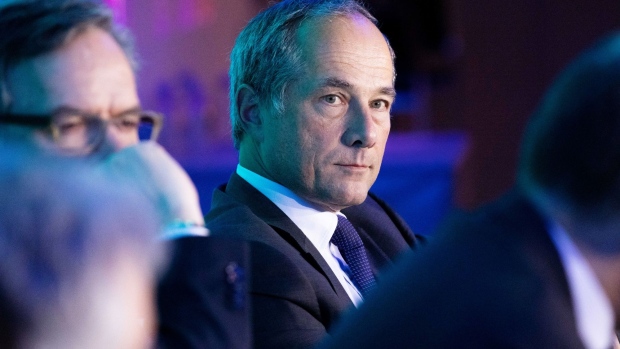 (Bloomberg) -- Societe Generale SA Chief Executive Officer Frederic Oudea said he will leave the lender after 15 years in the role when his term expires next year.

Oudea told shareholders of his surprise decision at SocGen’s annual general meeting in Paris on Tuesday. The process to select a new CEO will be completed by next year, the bank said in a statement.

“I have thought a lot about the different options,” Oudea said at the meeting. “Keeping in mind in priority the group’s interest and the stakes of the next years,” he said he “notified the board that I would not run to renew my term in 2023.”

One of the longest-serving bank CEOs in Europe who has survived multiple crises, Oudea has overseen a roller-coaster performance of late. The bank suffered steep losses at the onset of the pandemic, then rebounded with a record profit last year, only to be hit by the fallout from sanctions against Russia, where it is one of the most exposed lenders.

Since he was named CEO in April 2008, Oudea has overseen a 64% decline in the bank’s stock, roughly in line with an index of European banks.