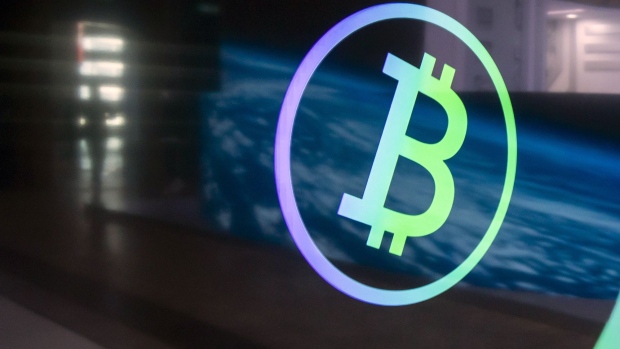 Signage for Bitcoin at a booth at the Hong Kong Fintech Week in Hong Kong, China, on Thursday, Nov. 4, 2021. The conference runs through Nov. 5. , Bloomberg

Bitcoin fell more than 20% on Saturday signaling that there’s uncertainty across the markets, before paring losses. Ether, the second-largest coin, dropped as much as 17.4% before settling to about 10%.

Police found James and Jennifer Crumbley, parents of the suspected 15-year-old Oxford High School shooter, in the basement of a Detroit building. The couple were charged with involuntary manslaughter after law officials confirmed that they were made aware of their child’s behavior and mental health before the shooting.

Madison Cawthorn, the Republican U.S. Representative for North Carolina, called the left “triggered” after he called upon the Supreme Court to overturn Roe v. Wade during a session on the House floor on Wednesday where he compared a fetus to a Polaroid. Many reacted to his remarks on Twitter, calling them misogynistic and extreme.

The National Weather Service issued a blizzard warning for Hawaii through Sunday, expecting 12 inches of snow and winds of as much as 100 mph. More snow has fallen in Hawaii this season than Denver, Colorado.

On this day 52 years ago, Fred Hampton was murdered. The Black Panther Party Chairman was 21 years old and asleep when he was killed in a raid orchestrated by the Chicago police department, the FBI and the State Attorney.