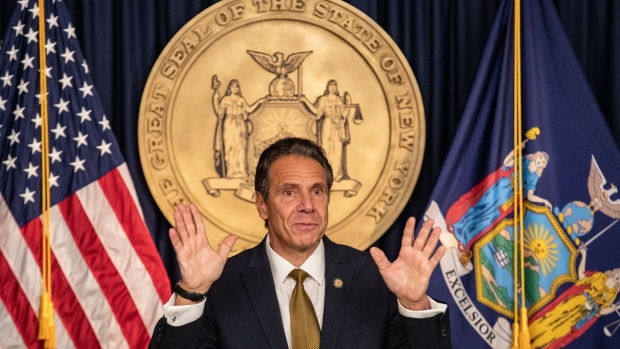 Twitter Inc. said it will hand over the official U.S. president’s @POTUS account to Joe Biden on Inauguration Day, even if Donald Trump refuses to concede, the New York Post reported.

Donald Trump Jr. tested positive for Covid-19 earlier this week, adding to the dozens of people associated with the president who have been infected. His spokesman said he is asymptomatic.

Meanwhile, President Trump was seen keeping his head down staring at something during the virtual G-20 summit on Saturday. Soon after, he tweeted out his laments about voter “fraud” and said his son is “doing very well.”

New York governor Andrew Cuomo will receive an Emmy award for his “masterful use of television” to inform people through daily briefings during the pandemic, the organization said.

In Brazil, a video went viral showing security guards at grocery store Carrefour beating a Black man to death on Thursday. Later, street protests swept across the country and shops were looted.