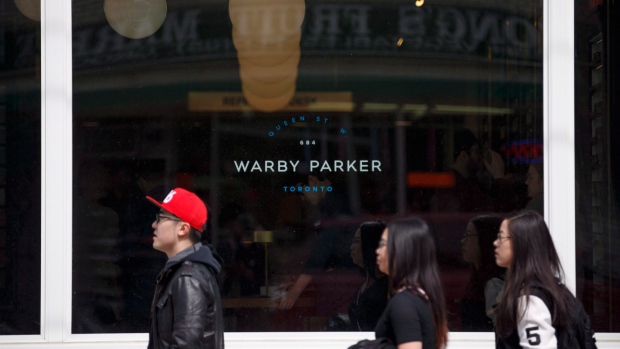 Consumers have been flocking to socially-conscious brands in search of instant karma along with their purchases. Now they can get cash back as well.

Online bank Aspiration will give its debit-card customers three per cent to five per cent cash back when they shop at more than dozen companies that have a social mission, including eyeglass provider Warby Parker, shoe seller Toms and household-goods retailer Brandless, the bank said in a statement Thursday.

“It provides the encouragement people need to vote with their dollars,” Aspiration Chief Executive Officer Andrei Cherny, a former speech writer for Al Gore and Bill Clinton who co-founded the financial startup in 2015, said in an interview. “We want to find every way we can to help people line up their money with their morals.”

While consumers often vote with their dollars by boycotting brands over actions they dislike, the cash-back approach gives customers access to a popular credit-card reward for spending with companies they believe are doing good. A purchase with an Aspiration debit card at Warby Parker — the hipster brand that donates glasses to people in need — gives customers five-per-cent cash back, while using the card for a dog walk with the app Wag, which provides meals to animal shelters, results in a three-per-cent cash reward.

Millennials, known for being more woke than previous generations, have been choosing debit cards over credit cards. Aspiration isn’t the only bank to use rewards on debit-card purchases to lure consumers. Discover Financial Services has an online checking account that comes with one-per-cent cash back on purchases, while Bank of America Corp. (BAC:UN) and JPMorgan Chase & Co. (JPM:UN) offer rewards for spending at certain stores, including some with a social mission, on their debit and credit cards.

Aspiration, based in Marina del Rey, California, calls itself a socially responsible bank, promising not to use customer savings to back fossil fuels. For years, the company has let customers track their purchases with sustainable brands as they use their debit cards. Aspiration has more than two million customers and backing from actor Leonardo DiCaprio, who invested in the business and joined the company’s board of advisers in March.

The companies in the cash-back program were included because they were considered leaders, performing better than peers on Aspiration’s impact scores for helping people and the environment, Cherny said. Aspiration and the retailers will jointly fund the cash-back rewards.

--With assistance from Jenny Surane