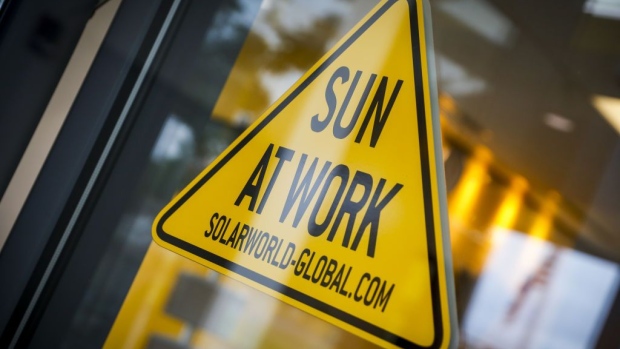 At the moment when so many industries are staggered by the coronavirus pandemic, investors are beating the market by putting their money in companies committed to environmental, social and governance priorities favoring transparency, diversity and sustainability.

ESG is where profits are, signaling that doing the right thing increasingly is the smartest bet. The iShares exchange-traded fund investing in companies it thinks have “positive environmental, social and governance characteristics,” one of the largest of the type, produced a total return this year that is more than three times the performance of S&P 500 index.

The convergence of high-mindedness and profit was noted this month by Al Gore, the former vice president, 2000 Democratic presidential candidate and Oscar-winning environmental documentarian. He told a Bloomberg conference, “It is ever clearer that sustainable technologies are cheaper and better.”

For more and more companies, doing the right thing is becoming as much a business imperative as a social responsibility, especially in the market for renewable energy. Apple Inc., the Cupertino, California maker of personal computing and mobile communication devices that has appreciated 30 per cent  this year, recently unveiled its plan to become carbon neutral across its entire manufacturing supply chain and product life cycle by 2030. Nike Inc., the Beaverton, Oregon designer and manufacturer of athletic shoes and apparel, is part of the RE100 coalition of companies planning to supply all energy needs from renewable sources by 2025.

“Long term, renewables could emerge stronger than ever, especially if governments integrate support for clean energy into Covid-19 economic-recovery programs,” said a report in May by the Yale School of Environment.

That’s already reflected in the anticipated performance of 38 U.S.-based companies generating at least 50 per cent  of their revenue from clean-energy products or clean technology. As a group, their sales are expected to rise 9 per cent  this year, 30 per cent  in 2021 and 23 per cent  in 2022, according to data compiled by Bloomberg.

By contrast, the 26 corporations in the S&P 500 Energy Index, a benchmark for fossil fuel, will suffer revenue declines of 29 per cent  in 2020, followed by growth of 11 per cent  in 2021 and 13 per cent  in 2022, according to analyst estimates compiled by Bloomberg.

The phenomenon of ESG stocks outperforming the market is a long-term trend accentuated by the coronavirus. The 38 clean companies produced a 254 per cent  total return (income plus appreciation) in the past 12 months, 250 per cent  during the past 2 years and 330 per cent  since 2015. Among them, Palo-Alto-based Tesla Inc.’s 1-year return is 575 per cent , including 130 per cent  since March when the coronavirus prompted much of the U.S. economy to shut down.

Since March, when the pandemic proved its virulence, ESG’s advantage over the market doubled. That’s reflected in the distance between the performance of BlackRock’s iShares Global Clean Energy ETF, one of the largest exchange-traded funds investing in renewable energy and clean technology, and State Street’s Energy Select Sector SPDR Fund, one of the largest ETFs investing in traditional energy companies. The fossil fuel crowd is getting crushed, according to data compiled by Bloomberg.

Anyone who thinks that ESG investors are more lucky than smart, or a trendy cohort of woke millennials, should consider the divergence between Aramco and Tesla. Aramco, the Saudi oil giant that remains for now the world’s largest company, was valued at more than US$2 trillion after its initial public offering in December. Since then, Tesla’s market capitalization quadrupled to US$286 billion passing Toyota Motor Corp. to become the world’s biggest automaker. During the same period, Aramco declined 15 per cent to US$1.7 trillion, according to data compiled by Bloomberg.

The gap between Aramco and Tesla narrowed US$500 billion, a little more than the US$467 billion value of the world’s 9th-largest company. That would be Berkshire Hathaway, created by Warren Buffett, once the world’s richest man and the avatar of value investing. He’s shown no inclination to move toward ESG. So far.