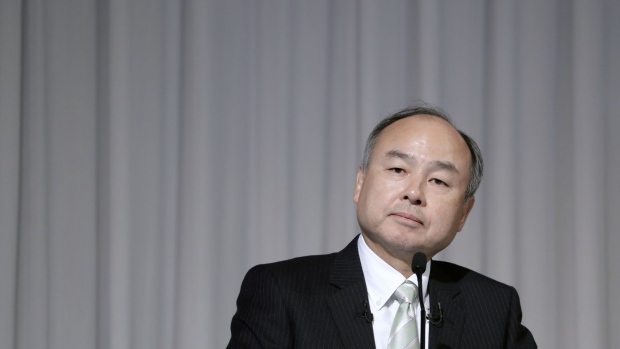 Masayoshi Son, chairman and chief executive officer of SoftBank Group Corp., listens during a news conference in Tokyo, Japan, on Wednesday, Feb. 12, 2020. In a sign of continuing struggles with its startup investments, SoftBank lost money again in its Vision Fund, one quarter after the Japanese company posted a record quarterly loss driven by the meltdown at WeWork. , Bloomberg

SoftBank Group Corp. charged ahead with its new public stock trading arm, increasing equity positions to more than $20 billion despite an initially skeptical response from shareholders, according to a person familiar with the investments.

Bloomberg reported in August that SoftBank had been targeting more than US$10 billion and that the sum could reach into the tens of billions. The Japanese conglomerate considered tempering its trading plans in early September after reports that SoftBank’s spending spree was stirring froth in tech stocks. The news erased about US$9 billion in market value for SoftBank at the time.

Over the past few weeks, SoftBank renewed its commitment to the public equities trading arm, said people familiar with the matter who asked not to be identified discussing confidential information. The strategy is currently built around expectations of a volatile third-quarter earnings season, the people said. SoftBank has been buying out-of-the-money call options, which deliver returns when share prices rise by selling calls at even higher prices, one of the people said.

A spokeswoman for SoftBank declined to comment. Earnings season is proving to be especially unpredictable. On Oct. 12, the Nasdaq 100 index underwent the biggest rally since April, and options-derived measures of volatility also rose.

An unidentified trader recently purchased around US$200 million worth of call contracts on tech stocks in a single day. Call open interest in Alphabet Inc., Amazon.com Inc., Apple Inc., Facebook Inc., Microsoft Corp. and Netflix Inc. has averaged 12.9 million contracts over the 30 days through Monday, the highest since early 2019, according to data compiled by Bloomberg. 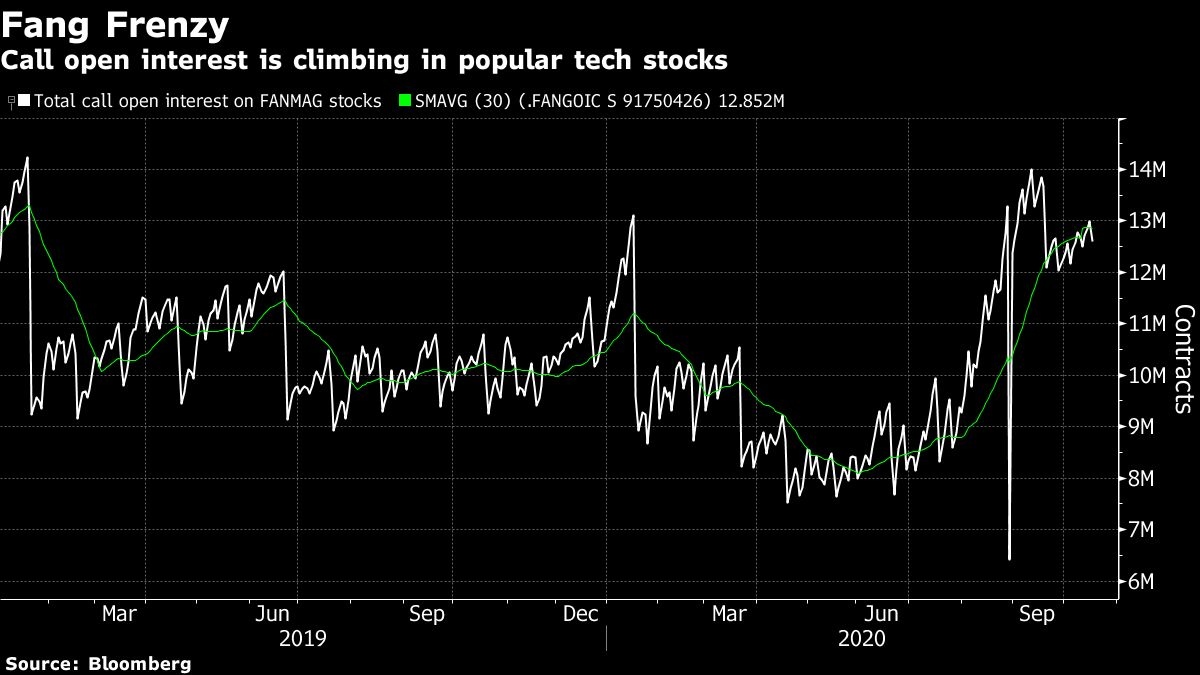 Masayoshi Son, the SoftBank founder who’s leading the effort to create the equities arm inside his company, has been reluctant to provide many details about his trading strategy. The company has talked more about a broader strategy of selling assets, paring debt and buying back shares that has been well-received by investors. The stock rose to a 20-year high Monday, the highest level since March 2000 in the midst of the dot-com boom.

In August, SoftBank disclosed holdings of US$3.9 billion in stocks such as Amazon, which reports financial results on Oct. 29, and Netflix, which reports Tuesday. It has bought a lot more stock since then. While focusing on major tech stocks, SoftBank has also been expanding to smaller companies. Last week, it invested US$215 million in Norway-based Kahoot, which makes education software.