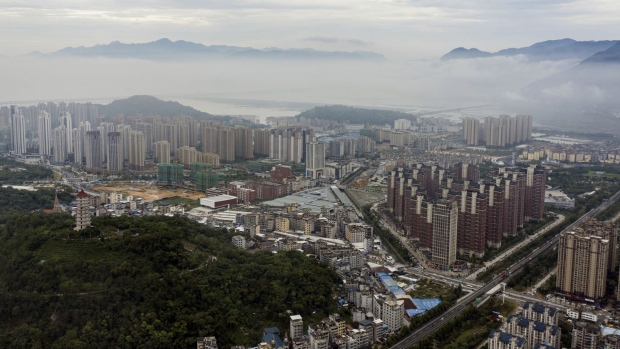 KE Holdings Inc., a Chinese online property platform backed by Tencent Holdings Ltd. and SoftBank Group Corp., is looking to raise about US$2 billion in a U.S. initial public offering.

Also known as Beike Zhaofang, the company is offering 106 million American depositary shares at US$17 to US$19 each, according to a filing with the U.S. Securities and Exchange Commission on Friday. The company said the shares will represent three of its Class A ordinary shares.

At US$2.01 billion at the top of that range, Beike’s IPO would be the largest float by a Chinese company on U.S. exchanges since iQIYI Inc. raised US$2.4 billion in March 2018, according to data compiled by Bloomberg. Despite worsening tensions between the world’s two largest economies and an accounting scandal at a high-profile U.S.-listed Chinese startup earlier this year, firms from the Asian nation have received a warm reception from U.S. investors. The U.S. is discussing whether to restrict Chinese firms’ access to American capital markets while the Senate passed a bill that could lead to them being delisted from U.S. exchanges.

Beijing Homelink Real Estate Brokerage Co., also known as Lianjia, is one of China’s biggest real estate firms. It launched Beike, which means shells in Chinese, in 2018 as its online platform for property brokerage. Beike raised about US$800 million from Tencent in a funding round last year while SoftBank invested US$1.3 billion at a US$10 billion valuation, a person familiar with the matter said earlier.

The deal will be closely watched by investors to see if SoftBank is managing to recover from a string of IPO failures last year.