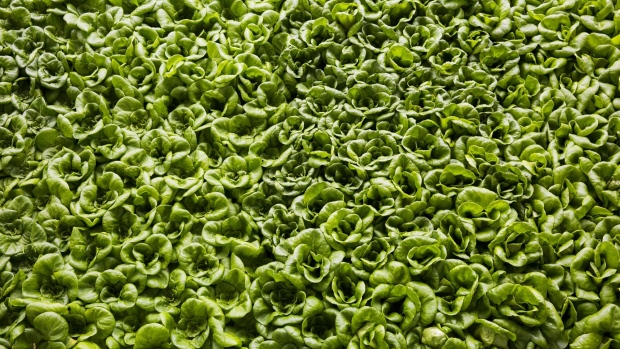 (Bloomberg) -- Indoor farming startup Plenty Inc. is in talks to raise $100 million or more in a fresh round of funding, according to people familiar with the matter.

SoftBank’s Vision Fund is in discussions to lead a new fundraising round for Plenty at or below the $1 billion valuation that was ascribed to it in its most recent round, said the people, who requested anonymity because the matter is private. They cautioned that no agreement has been reached, and that one may not be finalized.

“Plenty does not comment on financing proposals and has not committed to any new financing rounds,” a spokeswoman for the South San Francisco-based company said in an emailed statement. “We are not in need of new equity financing, and evaluate any proposals opportunistically,” she added.

A representative for the Vision Fund didn’t immediately respond to a request for comment.

Plenty has raised about $400 million in capital over the past four years, according to PitchBook. In addition to the $100 billion Vision Fund, other backers include Data Collective, DCM, and funds that invest on behalf of Amazon Chief Executive Officer Jeff Bezos and former Google CEO Eric Schmidt.

The startup aims to be more efficient than traditional farms, yielding more produce in a given space, while requiring less water.

Last fall, Plenty said it intended to expand beyond the Bay Area and had identified Compton, Los Angeles, as the location for its next farm, with building slated to begin in late 2020.

Some of the Vision Fund’s companies have laid off employees this month including co-working giant WeWork and residential real estate brokerage Compass.