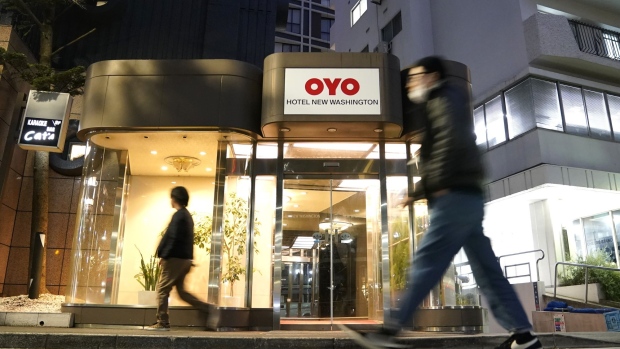 (Bloomberg) -- Oyo Hotels said it’s cutting 600 jobs in its corporate and technology departments, or about a sixth of its total workforce.

An Oyo spokesman provided the numbers but wouldn’t elaborate on future cuts or restructuring. The company had 3,700 employees before the reduction.

SoftBank Group Corp. is the largest shareholder in the hotel-booking firm. Oyo last month reported a loss of 3.33 billion rupees ($41 million) for the quarter ended September, narrower than 4.14 billion rupees in the preceding quarter. Revenue was little changed at about 14.5 billion rupees.

Formally known as Oravel Stays Ltd., the company had been targeting an initial public offering in early 2023. It filed preliminary IPO documents in 2021, only to shelve the listing plan earlier this year after the prolonged pandemic hurt its growth and forced the company to cut thousands of jobs.

In the latest quarter, the startup reduced marketing costs as well as employee and administrative expenses. It now focuses on India, Malaysia, Indonesia and Europe after cutting down operations in markets it previously considered crucial, such as the US and China.