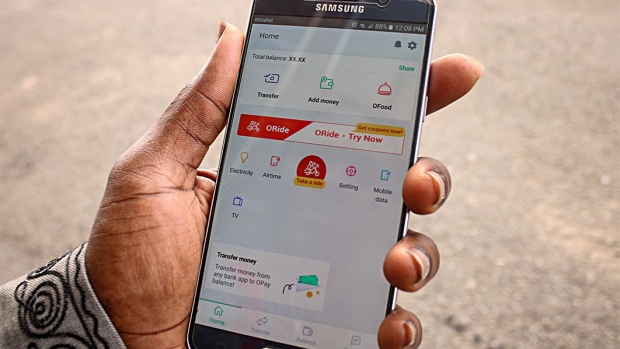 “We want to be the power that helps emerging markets reach a faster economic development,” OPay Chief Executive Officer Yahui Zhou said in an emailed statement.

The company’s technology is designed to replace cash and other legacy payment methods, helping local governments “improve financial and information security,” according to OPay. Founded in 2018, the company’s monthly transaction volumes exceed $3 billion. In addition to expanding in other African countries, OPay is focused on the Middle East as well, it said.

“We believe our investment will help the company extend its offering to adjacent markets and replicate its successful business model in Egypt and other countries in the region,” said Kentaro Matsui, a SoftBank Group Corp. managing director and former managing partner at SoftBank Investment Advisers, which oversees Vision Fund and Vision Fund 2.

OPay previously counted ride-hailing and logistics services as part of its offerings. Last year, OPay closed its ride-hailing and bike-sharing businesses following a government ban and the rise of the Covid-19 pandemic.

Norway’s Opera Ltd., which counts Zhou as its chairman and co-CEO, said in June that it sold 29% of its stake in OPay, recording a $31.1 million gain. Zhou is the billionaire founder of Kunlun Tech Co., which last year sold dating app Grindr under U.S. regulatory pressure due to national-security concerns.