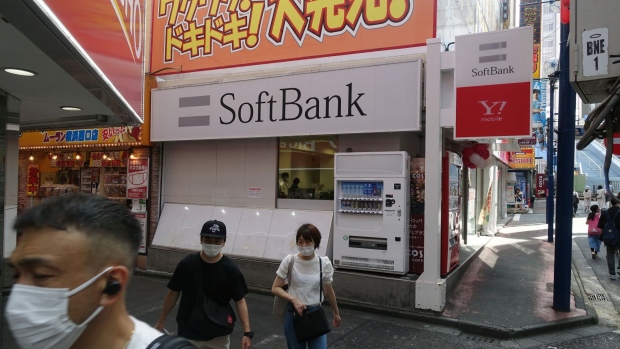 (Bloomberg) -- Talk that SoftBank Group Corp. would be better off as a private company has re-surfaced after the Japanese investment powerhouse posted a record $23 billion loss.

SoftBank has evolved rapidly over the last ten years from a telecom company and strategic investor to the world’s biggest pool of tech capital. It’ll look even more like a pure investment house as it continues to buy back its own stock and sell or pare assets, including its stake in Alibaba Group Holding Ltd.

“There is little reason to be listed on the stock market,” SMBC Nikko analyst Satoru Kikuchi wrote. “We think changes in the very form of the company, for example an MBO, could be coming in the not-too-distant future.”

SoftBank founder Masayoshi Son -- the company’s top shareholder with a near-28% stake as of end-March -- has debated the idea of going private with his inner circle for at least five years. When SoftBank’s shares tumbled in 2020 at the outset of the coronavirus pandemic, he began conversations with advisers and lenders including Elliott Management Corp. and Abu Dhabi sovereign wealth fund Mubadala Investment Co., Bloomberg News has reported.

That speculation evaporated after Son unveiled plans to sell about $43 billion in assets to pay down debt and buy back stock. The billionaire, who said in February 2020 he thought SoftBank was better off as a public company, is now focused on getting chip linchpin Arm Ltd. publicly listed, a landmark deal that could re-establish SoftBank’s credentials in the ailing global tech market.

The company has committed to a series of big buybacks in recent years to bolster its stock price. This week, it said it would buy up to 400 billion yen ($3 billion) of its own shares, on top of a program to buy back up to 1 trillion yen worth of its stock through September. Its stock price is down about 23% from a year ago, against a little-changed benchmark Topix index.