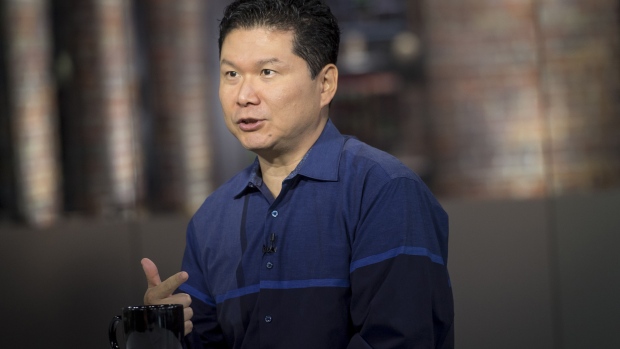 David Chao, co-founder and general partner at DCM Ventures, speaks during a Bloomberg Technology television interview in San Francisco, California, U.S., on Thursday, July 5, 2018. Despite the continuing trade tensions between Washington and Beijing, investors are looking for the next hit out of both countries. Chao broke down how the hunt for new tech is unfolding. , Bloomberg

(Bloomberg) -- SoftBank Group Corp. named venture capitalist David Chao to join its board as the Japanese tech investor tries to regain its footing from money-losing investments.

Chao is a co-founder and general partner at DCM, a venture capital firm with over $4 billion under management. The firm has invested in more than 400 tech companies in the U.S. and Asia since 1996, according to its website. Chao will replace Lip-Bu Tan whose term will end in June as an outside director, SoftBank said in a filing.

SoftBank reported a record annual loss at its Vision Fund unit earlier this month, amid a selloff in tech shares that deflated the value of its portfolio companies. The company is reining in spending and trying to save its fire power for a few promising bets, its founder Masayoshi Son has said.

SoftBank plans to re-elect the remaining eight members of the board while Chao’s appointment will be subject to approval at the upcoming annual general meeting of shareholders on Jun. 24.