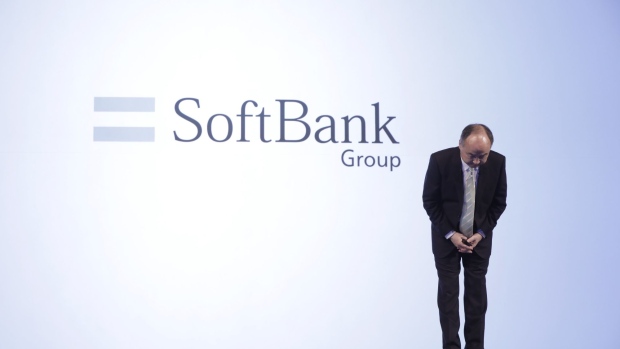 Masayoshi Son, chairman and chief executive officer of SoftBank Group Corp., bows during a news conference in Tokyo, Japan, on Wednesday, Feb. 12, 2020. In a sign of continuing struggles with its startup investments,�SoftBank�lost money again in its Vision Fund, one quarter after the Japanese company posted a record quarterly loss driven by the meltdown at�WeWork. , Photographer: Kiyoshi Ota/Bloomberg

(Bloomberg) -- SoftBank plans to keep a stake in the chip designer Arm, even if it sells a partial interest to Nvidia, Nikkei reported.