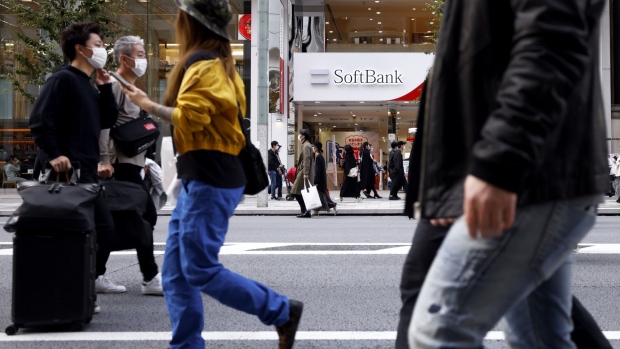 Pedestrians in front of a SoftBank Corp. store in Tokyo, Japan, on Sunday, Nov. 7, 2021. SoftBank Group Corp. might see a return to investment losses when it reports earnings on Monday, as the impact of China’s regulatory crackdown begins to hit valuations in its Vision Fund portfolio. , Bloomberg

SoftBank’s Vision Fund took a hit last year on a decline in value of public holdings such as Chinese ride-hailing giant Didi Global Inc. The cost of insuring the Japanese company’s debt against default rose last year, while its shares lost nearly 33%.