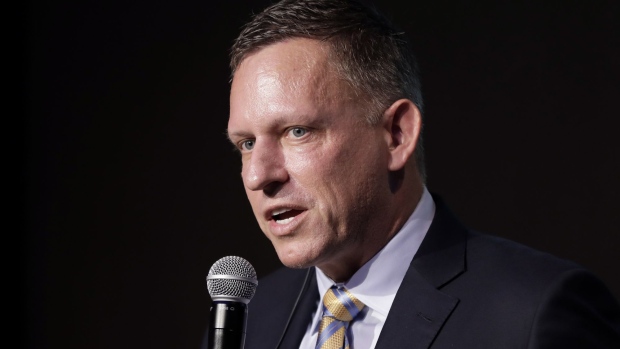 (Bloomberg) -- A unit of SoftBank Group Corp. agreed to invest $75 million in Bullish, the sponsor of a not-yet-operational cryptocurrency exchange, as the startup prepares to go public through a merger with a special purpose acquisition company.

SB Northstar LP will acquire 7.5 million Bullish shares for $10 each at the time it combines with Far Peak Acquisition Corp., according to documents filed July 9 with the U.S. Securities and Exchange Commission. It will also buy 3 million warrants to purchase shares of Far Peak, the SPAC taking Bullish public in a move that could value the combined entity at about $9 billion.

The SoftBank unit made the commitment through a $300 million private offering that Bullish held last week, according to the filings, though it was not identified in a subsequent release as one of the buyers. Representatives for SoftBank, Bullish and Far Peak all declined to comment.

By participating in the deal, SB Northstar joins a who’s who of executives involved with Bullish. The crypto company was launched in May by Block.One, a blockchain software company backed by Peter Thiel and hedge fund managers Alan Howard and Louis Bacon. Other investors include Hong Kong tycoon Richard Li and German entrepreneur Christian Angermayer. Meanwhile, upon completion of the SPAC transaction, Far Peak Chief Executive Officer Thomas Farley, a former president of the New York Stock Exchange, will become Bullish’s CEO.

SB Northstar, the asset management arm of Masayoshi Son’s SoftBank, became known as the “Nasdaq whale” after it made multi-billion dollar wagers on publicly traded tech stocks. SoftBank’s bets in crypto have been much smaller so far: It also disclosed this month that its Latin American Fund invested $200 million in Mercado Bitcoin, a Brazilian digital assets platform.

Still, it’s a sign that Son, who reportedly lost $130 million on Bitcoin when he sold in 2018, may be starting to warm to the crypto sector. In May, he said Bitcoin’s popularity has made it into a platform that “can’t be ignored,” though he doesn’t know its true value or if it’s a bubble.

SB Northstar will acquire the Far Peak warrants from either the sponsors of the SPAC or its anchor investors, which include funds managed by BlackRock Inc., according to the filing.

The seller will take a $1.5 million loss by selling the warrants below cost. That’s a step that SPACs may take to attract high-profile investors, said James Cassel, chairman of Cassel Salpeter & Co., a Miami-based investment bank that advises on SPACs.

“SoftBank has said ‘you can use my name and it will validate the deal and make all of the stock worth a lot more,’” Cassel said in a telephone interview.