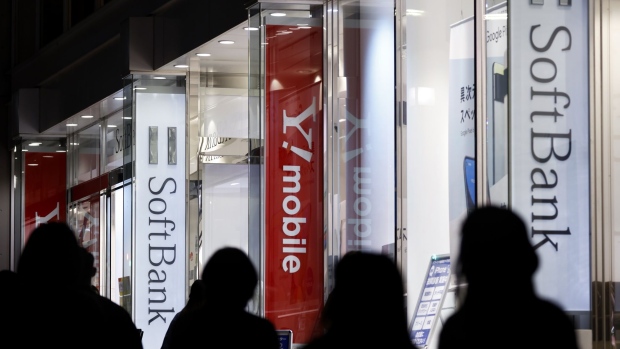 The unit’s loss in the three months ended Sept. 3O was 825.1 billion yen ($7.3 billion), SoftBank said in a statement Monday. That is the Vision Fund’s worst performance ever, exceeding the 788.6 billion-yen loss the business posted in the fiscal fourth quarter of 2019 amid pandemic-driven writedowns. The Tokyo-based company had a net loss of 397.9 billion yen in the period and didn’t release operating profit figures.

For the second time since its creation in 2017, Masayoshi Son’s Vision Fund went from the group’s main profit contributor to its biggest drag on earnings. The first downturn started in 2019 with Uber Technology Inc.’s disappointing public debut and the implosion of WeWork, followed by the impact of the coronavirus.

Then a global surge in technology shares boosted Vision Fund’s profit to new records for three consecutive quarters last fiscal year, thanks to blockbuster listings by South Korean e-commerce giant Coupang, U.S. delivery firm DoorDash Inc. and Chinese online property platform KE Holdings Inc. Now the plunging value of some of those companies and a tech sector crackdown by Chinese regulators have once again pushed the business into the red.

“If you look at the Vision Fund’s performance so far this year, pretty much everything they brought to market so far has lost money since listing,” Kirk Boodry, an analyst at Redex Research in Tokyo, said ahead of the earnings announcement. “That’s an incredibly poor track record. They have been behind a lot of overpriced IPOs. It makes you wonder whether this whole cycle of investing, taking the companies public and then getting your money back is broken.”

SoftBank’s shares have slid about 24% this year.