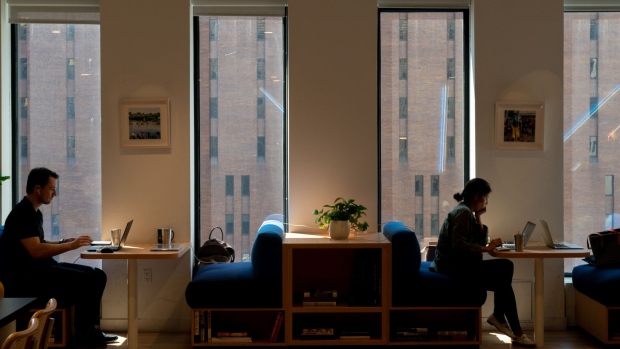 WeWork said it received an early payment of US$1.5 billion from SoftBank Group Corp., as the co-working company was weeks away from running out of money.

As a result, a slate of governance changes went into effect Wednesday, including the replacement of co-founder Adam Neumann as chairman and the assignment of five board seats to SoftBank, which will take a majority stake. WeWork also said it appointed a new independent director to the board, Jeff Sine, co-founder of financial firm Raine Group.

“This financing package enables the company to accelerate the path to profitability,” Marcelo Claure, WeWork’s new executive chairman, said in a statement.

The US$1.5 billion investment was announced in January and was originally scheduled for April 2020. The deal was accelerated as part of a bailout package for WeWork from SoftBank to rescue the troubled co-working startup after a failed initial public offering.

WeWork’s need for funds was much more dire than initially anticipated based on its IPO prospectus, which became public in August. The filing said that as of June 30 the company had US$2.5 billion in cash on hand. But with the startup set to run out of funds in November, that suggested a burn rate of roughly US$6 billion a year.

The co-working company ramped up spending in recent months, according to a person familiar with the matter who asked not to be identified because they aren’t authorized to talk about it publicly. WeWork expected the final three months of the year to be its first quarter as a public company and wanted to show strong revenue growth by rapidly building new desks and offices, the person said.

SoftBank is planning to seek approval of its WeWork bailout package with the Committee on Foreign Investment in the U.S., or Cfius, according to a person familiar with the plans.