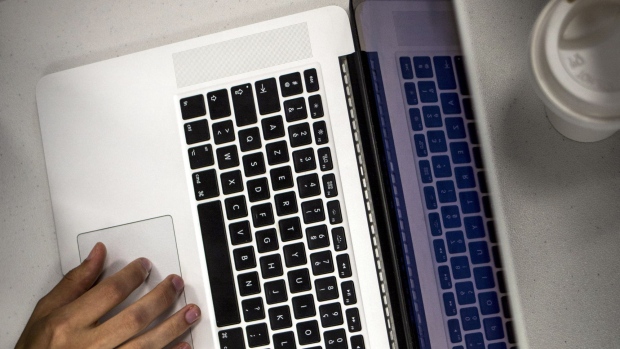 (Bloomberg) -- Software design company Figma Inc. has raised fresh funding at a valuation of $10 billion, quintupling its pricetag since last year. The company, which allows customers to collaborate on software as they build it, said demand jumped during the pandemic while more people worked remotely.

“The potential of this company is genuinely enormous,” said Andrew Reed, a partner at Sequoia Capital who first invested in the company in 2019 and participated in the most recent funding round. Reed said he’s watched Figma expand its customer base in recent years from software designers at big companies like Airbnb Inc., Google, Herman Miller Inc. and Kimberly-Clark Corp.—to also include individuals building lightweight games, maps and presentations. “Their users are pulling them into the future,” Reed said. “This can be one of the generational companies.”

Figma was co-founded in 2012 by Dylan Field after he won a Thiel Fellowship, the program started by billionaire Peter Thiel to encourage young people to skip college and pursue entrepreneurship. The startup spent several years in stealth before introducing browser-based software design tools. The tools allowed software designers to work together in real-time, bypassing the sometimes clumsy process of saving and sending their work to collaborators using a collection of disparate apps.

Figma still faces stiff competition from the likes of Adobe Inc. which has long dominated the space, along with newer companies including InVisionApp Inc., and Balsamiq Studios. Field said the latest cash influx will ensure Figma can continue to expand past its current two products and focus on its users, the majority of which are based outside the U.S., where it also gets most of its revenue. Field also said he is looking to acquire both strategic assets and talent.

Field said the company will employ around 500 people by the end of the year, up from 140 at the beginning of 2020. The startup declined to share revenue or user figures.

Durable Capital Partners Founder Henry Ellenbogen and Kathryn Mak Mongelli, an investment analyst at the firm, both highlighted the company’s new product, FigJam, which functions as an online whiteboard allowing teams to chat and share emojis while brainstorming. They said the feature is evidence that Figma can go beyond design to be central to major institutions’ creative processes.

“Figma has the opportunity to marry ephemeral communication with the system of record,” Mak Mongelli said. “It’s just scratching the surface.”