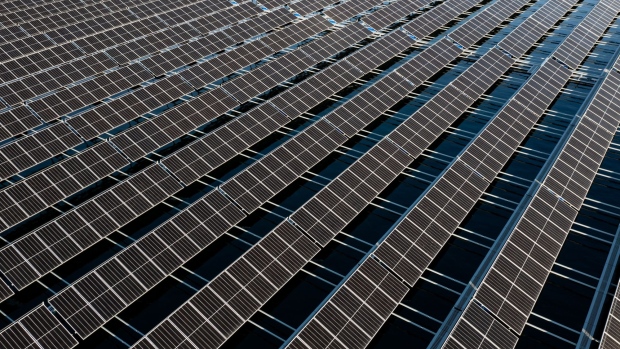 (Bloomberg) -- Hanwha Q Cells -- one of the few solar-panel makers with US production -- is considering sites for a massive new facility as the country prepares to incentivize cleantech manufacturing.

The company is evaluating sites in Georgia, South Carolina and Texas, according to documents filed in Texas. The potential project in Dallas County, Texas, would feature a suite of manufacturing -- panels, ingots, wafers and cells. Korea-based Hanwha Solutions is the manufacturer’s parent company.

Congress recently approved the Inflation Reduction Act, which is designed to accelerate renewable power and reignite domestic cleantech manufacturing. China has long dominated solar making, especially ingot and wafer production. The landmark climate bill now awaits the signature of President Joe Biden and is expected to spur new domestic investments in solar manufacturing as well as in other sectors including batteries.

Hanwha is in the due-diligence and exploration phase of potential expansion, according to a spokesman. The company operates a factory in Georgia and is building another facility in the state.

(Updates with more information about Hanwha in second paragraph)