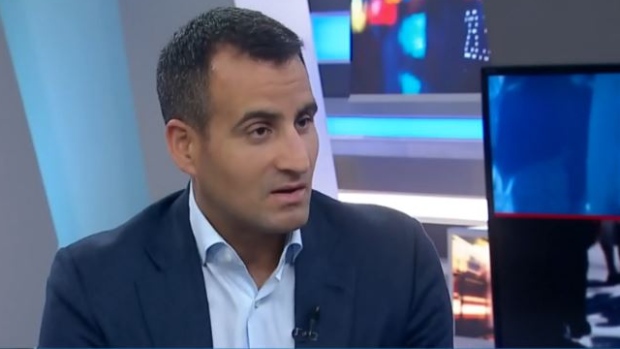 Canadian ETF entrepreneur Som Seif plans to announce an acquisition and new minority partner as soon as this week as he works to quintuple assets at his latest venture.

Seif’s goal is to grow Purpose Investments Inc., which currently manages about $5 billion in ETFs and mutual funds, to $25 billion to $30 billion in five or six years. As part of that plan, Purpose will bring in a new investor alongside the Ontario Municipal Employees Retirement System. The pension fund took a stake last year; Seif declined to say what size.

Seif built Claymore Investments Inc. into one of Canada’s first exchange traded fund companies. It had $8 billion in assets when he sold it to a Canadian unit of BlackRock Inc. in 2012 for an undisclosed sum. As he works to bolster his new firm he’s also preparing for a day when new technologies, including cryptocurrencies and blockchain, might make ETFs obsolete.

“I actually think that maybe the ETF industry goes to zero, meaning that there is no ETF business,” the chief executive officer of Purpose said in an interview at Bloomberg’s Toronto office. “The world is going to look different in the future and I need to be ahead of that curve.”

This is where Ethereum Capital Inc. comes in. The company is partially financed by Purpose as well OMERS. It aims to find early-stage investments that are built on the Ethereum blockchain, a rival to Bitcoin created by Canadian Vitalik Buterin, which Seif sees as ultimately becoming dominant.

“What Ethereum Capital is all about is building the next great company on top of the Ethereum network and the blockchain,” said Seif, who is executive chairman and co-chief investment officer of the firm. That’s where all the development and innovation is happening, he said.

Ethereum Capital closed a $45 million financing in February and plans to go public in April through a reverse takeover of a company listed on the TSX Venture Exchange. It will stay away from crypto mining, which Seif calls a “bubble” and a “worthless activity in the long run.” Instead, it will seek out early-stage companies focused on using digital-ledger technology to change the way industries run.

The industries that stand to be disrupted by blockchain may also include ETFs, the funds Seif has built his career on. He said he sees a day when tokens, a form of cryptocurrency, become a lower cost, more efficient version of ETFs.

In the meantime, Seif will continue to focus on growing his traditional asset management business, but said ventures like Ethereum Capital will play an increasingly important role at Purpose.

“A large part of the growth will come from what we’re going to do on the alternative side,” he said. “We’re looking for unique areas that we can build out and give investors access to things that they generally don’t have access to.”