Some Federal Reserve officials were open to a debate at “upcoming meetings” on scaling back their massive bond purchases, a record of their April gathering showed, potentially putting taper talk on the table as early as next month.

“A number of participants suggested that if the economy continued to make rapid progress toward the committee’s goals, it might be appropriate at some point in upcoming meetings to begin discussing a plan for adjusting the pace of asset purchases,” according to minutes from the April 27-28 Federal Open Market Committee meeting published Wednesday. 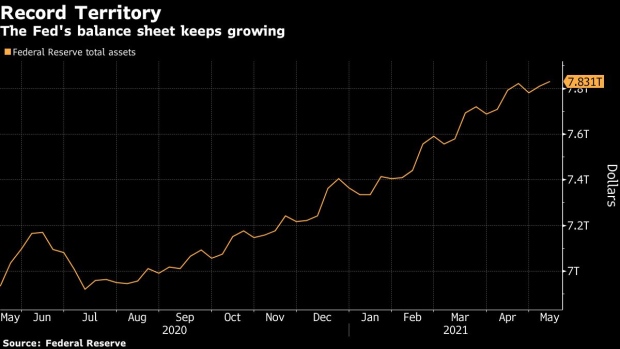 “Various participants noted that it would likely be some time until the economy had made substantial further progress toward the committee’s maximum-employment and price-stability goals,” the minutes said.

Officials held interest rates near zero at the meeting and pledged to continue buying US$80 billion in Treasuries and US$40 billion in mortgage-backed securities every month until “substantial further progress” had been made on their employment and inflation goals. The Fed next meets June 15-16.

U.S. Treasuries declined on heavy futures volumes after the minutes were published, as investors digested the news that there was a group of officials open to talking about tapering bond buying. U.S. stocks declined.

Chair Jerome Powell said in a press conference following the April meeting that it was premature to start talking about tapering the asset purchases. 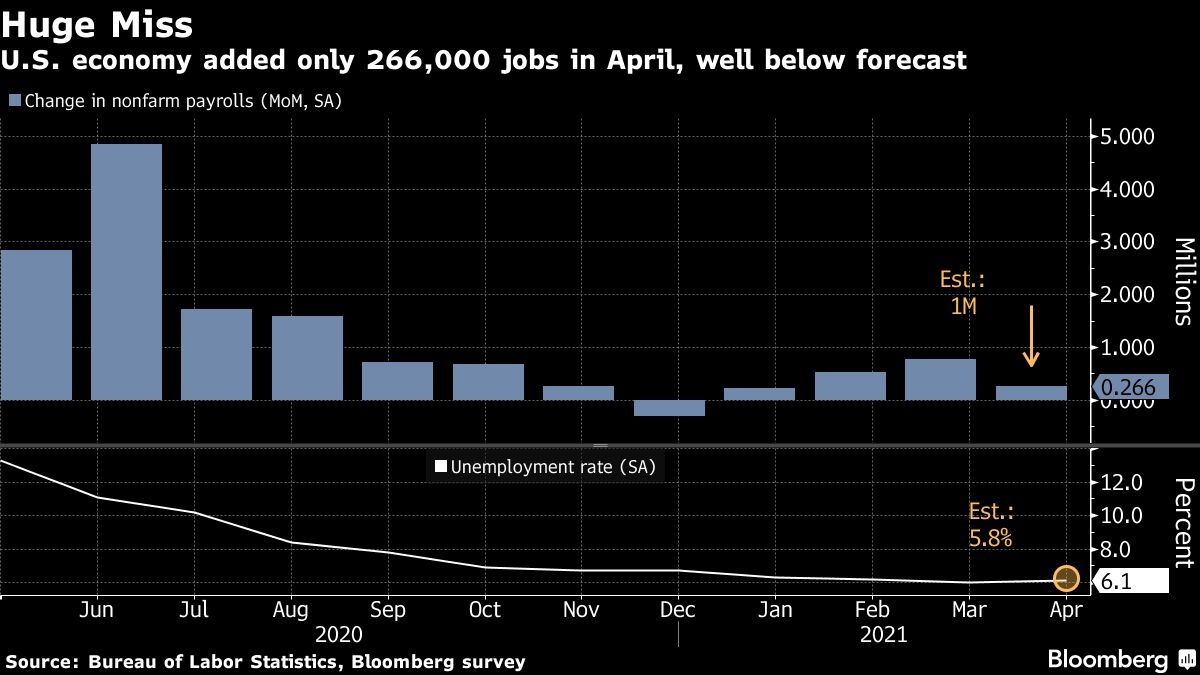 The U.S. labor market posted strong gains in March, the most recent month for which Fed officials had data at the April meeting. Policy makers have since said they’d need to see continued strength to indicate that the economy was on its way to meeting the Fed’s test to scale back bond buying.

Fed officials reiterated that they need to see progress in actual data and not just forecasts in order for the recovery to meet that test, according to the minutes.

While a number of them noted that the economy was making “rapid progress” toward the central bank’s goals, that was before a disappointing April jobs report that also revised down the March figures. Policy makers will have t

The meeting minutes don’t specify which, or exactly how many, participants favored starting tapering talks at upcoming meetings.

Some of the officials that have spoken publicly about this following the April meeting are not voters this year, including Dallas Fed President Robert Kaplan, who this month has called publicly for a conversation on tapering sooner rather than later. But other officials, including Fed Vice Chair Richard Clarida and Governor Lael Brainard, have said that the economy continues to need support.

The Fed’s massive asset-purchase program is designed to support the economy though the pandemic by lowering borrowing costs on everything from auto loans to houses. While there are signs the recovery is still uneven, some officials have argued that a hot property market is reason enough for the central bank to consider curbing its purchases of MBS.

Both Kaplan and Boston Fed President Eric Rosengren have publicly argued that housing no longer needs Fed support. There was no discussion of reducing the Fed’s MBS purchases in the April FOMC minutes.

Fears of higher inflation have unsettled some investors in recent weeks amid rising commodity prices, while Fed critics argue that its ultra-easy policies, combined with massive U.S. fiscal stimulus, risk overheating the economy.

In their comments about inflation, Fed officials said that a jump in demand along with some bottlenecks in supply would likely push inflation measures above 2 per cent in the near term.

The minutes said “a number” of participants said some supply shortages “may not be resolved quickly and, if so, these factors could put upward pressure on prices beyond this year.” Still, “many” observed that longer-run inflation expectations remained anchored near the committee’s goal.

Prices of goods surged in April, with the consumer price index posting its biggest month-over-month gain since 2009. Supply-chain bottlenecks and increased economic activity as vaccination rates climb are contributing to the price spikes, which Fed officials have said will be transitory and temporary.

Cleveland Fed President Loretta Mester noted earlier this month that measures of trend inflation, including her bank’s median CPI gauge, at 2.1 per cent in April, are still in check.

“For inflation, it is hard because it is a messy picture right now,” said Carl Tannenbaum, chief economist at Northern Trust. “They are really flying through the clouds right now” so it’s hard to make judgments about underlying prices.

Tannenbaum doesn’t think the FOMC will begin discussing tapering until the fall, after Fed officials see several months of jobs data, including improvement in the employment of minorities, and the additional unemployment benefits expire in September. The Black unemployment rate rose in April to 9.7 per cent, and the overall rate ticked up to 6.1 per cent.