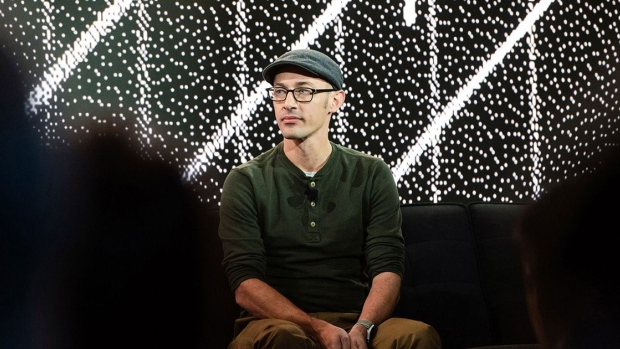 Tobias Lutke, founder and chief executive officer of Shopify Inc., listens during the Power of Data: Sooner Than You Think global technology conference in the Brooklyn borough of New York, U.S., on Wednesday, Oct. 30, 2019. The event convenes leaders on the front lines taking action to move the technology industry forward. , Photographer: Cate Dingley/Bloomberg

(Bloomberg) -- Shopify’s co-founder and chief executive officer says some online merchants are suffering in the face of a challenging macro-economic background -- but it’s still too early to tell what that means for inflation.

“The challenges are of course real. There are pressures in the supply chain. There are increasing logistics costs and things like this,” Tobi Lutke told analysts during Shopify’s third-quarter earnings call Thursday. “Inflation is harder for us to judge. There are probably some inflationary things going on. We have no idea if they are shorter or long term.”

Earlier, the Canadian e-commerce company reported earnings that missed analysts’ estimates -- the first time it has disappointed since its initial public offering in 2015. The stock opened down sharply but staged a turnaround and was up 5.4% to $1,434.89 as of 10:19 a.m. in New York

Shopify’s growth accelerated during the global pandemic as consumers embraced online shopping. As lockdowns have lifted, analysts are trying to assess how much e-commerce will be affected, even as global supply disruptions create additional headwinds.

“I do think a bunch of people are suffering,” Lutke told analysts.

That said, executives including Chief Financial Officer Amy Shapero, stressed that the long-term outlook for Shopify, and e-commerce overall, remains strong, with growth in the company’s global merchant base likely to underpin future results.

“E-commerce’s share of overall retail has reset lower than the peak last year, but is still several points higher than it was two years ago and is poised to resume a more normalized rate of growth,” Shapero told analysts.