Liquidity is a more pressing concern for Canadian cannabis companies than for their U.S. counterparts, according to a new report.

Aurora Cannabis Inc. is near the bottom of the pack and the worst-positioned Canadian producer with 2.3 months of liquidity, followed by Tilray Inc. with 3.7 months. Aurora said Thursday that it’s cutting 500 jobs as part of a major cost-reduction effort.

Many cannabis companies will either have to raise capital or find a merger partner in the near future, said Hershel Gerson, chief executive officer of Ello Capital. Investors are open to providing capital, but only under the right circumstances, he said.

“I think people are looking for quality management teams that can effectuate a turnaround and have experience operating in a tighter environment than some of these early C-level teams,” Gerson said.

Several cannabis companies, including Aurora, have announced the departures of their CEOs in recent weeks, and this is likely to continue, he said.

“There’s a switch going on related to the management teams that is potentially going to benefit the industry going forward.” 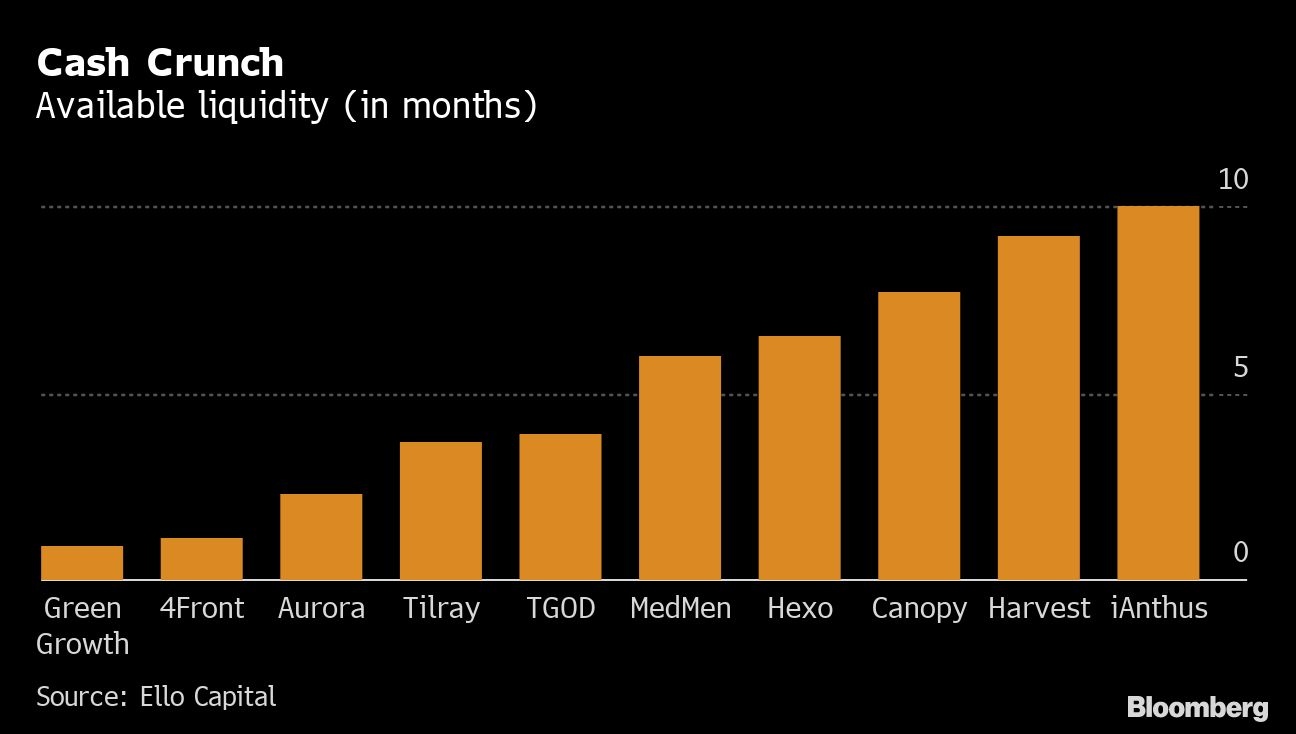