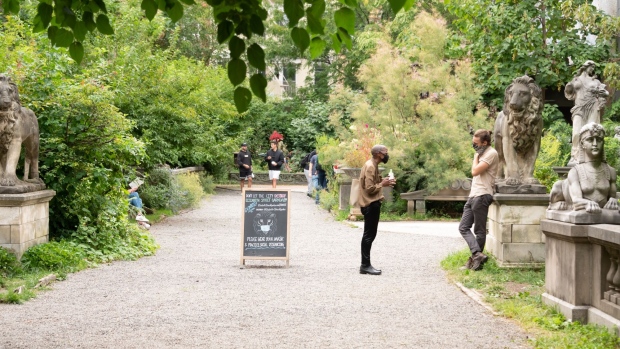 Climate change is hitting home everywhere. Just in the last few weeks, extreme heat, floods, and fires have all come to look like part of the new abnormal, and few places are safe. New York is issuing air quality alerts because of wildfires some 3,000 miles west.

Climate policy, too, is increasingly personal, and there’s nothing quite as personal as housing policies—where we live, and how.

It’s clear that city living cuts carbon—by around 50% relative to living in suburbia. If cities are part of the answer to climate change, then of course we should be enabling more people to live there. The pandemic flight to the suburbs might have been woefully exaggerated, but cities do have work to do. Task number one: build more housing.

Housing stock in New York City, where I live, has sagged inexcusably behind employment figures. Jobs here were up some 28% in the 15 years from before the Great Recession to before Covid hit, but housing units increased by only slightly more than 8%. That unsustainable discrepancy pushes home prices ever higher and more and more people from the city into the suburbs, increasing CO₂ emissions in the process.

All of this must surely be known to the liberal, well-educated, and, yes, rich residents of places like Soho and Noho in lower Manhattan. But that doesn’t make it any easier to build more homes.

These neighborhoods are home to a mere 8,000 of New York’s 8 million residents, with plenty of space to add more housing. And indeed, that’s precisely what the city plans to do, aiming for 3,200 new units, around 800 of them classified as affordable. Of those, 123 are slated to be built on the site of what is now the Elizabeth Street Garden, a community garden on a roughly 1-acre lot owned by the city.

It’s not ideal to trade green space for housing. But more and better housing in cities demands just this kind of tradeoff. Nobody will be deprived of access to green space because of this development. There are two parks within a 2-minute radius of the Elizabeth Street Garden: one that’s tiny but has a mighty playground, the other that’s almost 8 acres, with four play gyms and two soccer fields. They’re also open after 6 p.m., when the organization running Elizabeth Street Garden locks the gates. The proposed development, meanwhile, includes around 6,600 square feet of open outdoor space.

The Elizabeth Street Garden is indeed a haven. I’m there at least once a week with my children for lunch, largely because it’s conveniently located on the way home from our favorite bagel place. But after a couple years of noise and dirt from construction (itself the reason for some to object to any kind of development) there will even be plenty of open space for us to eat our bagels in the very same location, with the added bonus of knowing that 123 seniors found a place to live.

The biggest trouble here, as with climate policy more broadly, is the asymmetry of who lobbies for what. As Niccolò Machiavelli quipped in 1532, “the innovator has for enemies all those who have done well under the old conditions, and lukewarm defenders in those who may do well under the new.” Were they to show up en masse, those 123 seniors might outnumber NIMBYs at most community meetings. But they wouldn’t because they don’t yet know whether they’ll actually find an apartment in Soho, and are thus unlikely to advocate vociferously for new housing.

The test for New York’s rezoning efforts — and urban planning more broadly — is whether new and better housing can motivate the next young family to choose to live in a city rather than a suburban subdivision. Even the greenest sprawl is still sprawl. That’s the real tradeoff between housing and climate, and one where New York and other cities can make the biggest difference to help cut carbon: create more New Yorkers.

Gernot Wagner writes the Risky Climate column for Bloomberg Green. He teaches at New York University and is the co-author, joint with Martin Weitzman, of “Climate Shock.” His book “Geoengineering: the Gamble” is out this fall. Follow him on Twitter: @GernotWagner. This column does not necessarily reflect the opinion of Bloomberg LP and its owners.