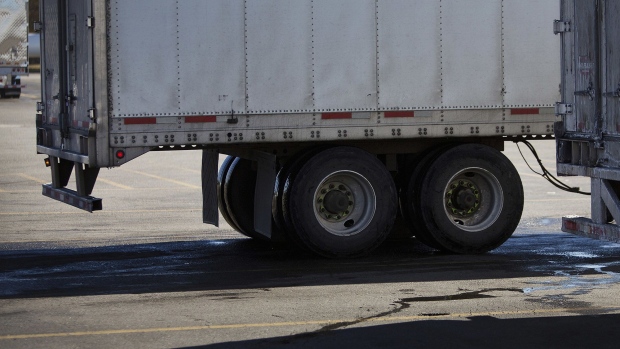 (Bloomberg) -- South African authorities said they had cleared two main arterial routes, that had been blockaded by truckers protesting against the employment of foreigners and poor working conditions.

The protest action in the Free State and Eastern Cape provinces caused serious delays and hampered the movement of goods, Transport Minister Fikile Mbalula told reporters in an online briefing on Wednesday,

“The main highways were cleared yesterday and we thank the drivers for the peaceful resolution,” said Mbalula, who met the truckers on Tuesday together with Police Minister Bheki Cele. ‘’We are mindful for the economic impact of any disruption to the supply chains, freight logistics across the country and the Southern African Development Community region.”

President Cyril Ramaphosa has instructed a panel led by Employment and Labor Minister Thulas Nxesi to address the truckers’ long-standing grievances, Mbalula said. The government has already taken steps to ensure foreign drivers have work permits and valid licenses, and abide by the country’s laws, he said.