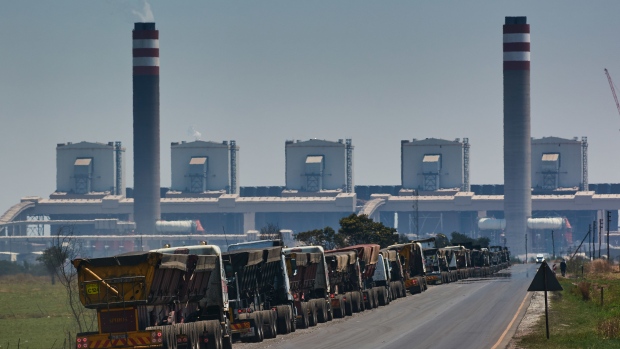 South Africa faces an increased risk of power outages because maintenance needs to be carried out at deteriorating coal-fired power stations, the state energy utility said.

The availability of electricity from Eskom Holdings SOC Ltd.’s plants was lower overall this year than the previous financial year and the current performance is below target, Group Chief Operating Officer Jan Oberholzer said in a presentation on Monday. The utility, which provides most of South Africa’s power, expected earlier this year to show an improvement in generation from September.

“However painful in the short term, this maintenance we have to do in order to ensure future reliability,” Oberholzer said.

Eskom’s poorly maintained coal-fired plants are an average of 42 years old, with the exception of its two newest facilities that are under performing and riddled with defects. Recent unplanned breakdowns have resulted in ongoing power outages and the increased use of diesel-burning turbines.

That requires spending money that indebted Eskom doesn’t have, Oberholzer said. Maintenance efforts to improve reliability will continue, while as much as 6,000 megawatts is needed to properly meet demand, he said.

The utility over a longer term is planning a 400 billion rand ($27 billion) transition from reliance on coal power to low-carbon technologies. In the meantime, a government program to quickly add capacity from private developers has been delayed by court challenges.