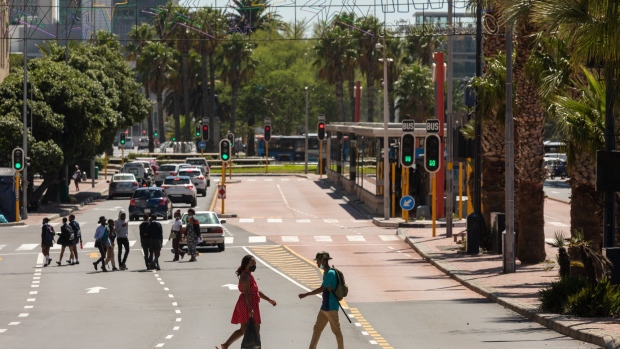 (Bloomberg) -- South Africa’s government, labor unions and business representatives are tentatively moving toward negotiating an economic-growth pact after an initial draft of what the state expected was rebuffed.

The government had asked for unions to agree to a cut in entry-level pay and for companies to commit to investments.

Representatives of the National Economic Development and Labour Council late on Thursday agreed to form a technical team to finalize the issues to be discussed as part of the plan that was first flagged by President Cyril Ramaphosa in his February state-of-the-nation address. His government missed its own deadline to complete the pact within 100 days.

“We are engaged in a process for a social compact, but we are not making any commitments,” said Cas Coovadia, chief executive officer of Business Unity South Africa, the country’s main business association, in an interview on Friday. “It was a meeting about process, there was no content.”

They may meet again next week and three representatives each from labor, government, business and civil society could soon be appointed to try and take the process forward, he said.

Ramaphosa’s Plans for Economy Pact Slammed by Business and Labor

Ramaphosa’s push for an agreement comes amid criticism of the ruling African National Congress after a decade during which many South Africans have become poorer, debt has climbed, unemployment has surged to record levels and power cuts have become a regular occurrence.

Business and labor have urged government to focus on improving services and fixing dysfunctional state companies.

“There is no definite time frame, but we want the process to be completed before the State of the Nation Address that will be delivered by the president” in February, Matthew Parks, the parliamentary coordinator at the Congress of South African Trade Unions, said by phone.