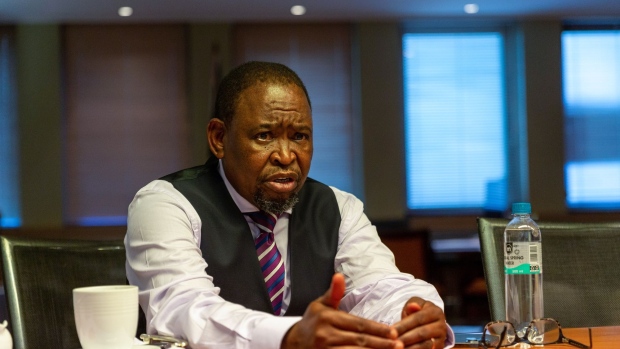 (Bloomberg) -- South African Finance Minister Enoch Godongwana will subject himself to the necessary legal processes as he seeks to clear his name, after being accused of sexual harassment, his office said.

While the South African police handed a docket on the allegations to the National Prosecuting Authority earlier this week, Godongwana has yet to receive any formal communication on the matter, spokesman Mfuneko Toyana said Thursday in an emailed response to questions.

“It is unfortunate that such a serious allegation has circulated far and wide before he has had the benefit of fully and formally understanding what he is being accused of,” Toyana said. “Minister Godongwana has full confidence that the institutions entrusted with administering justice will act speedily, and without fear or favor.”

Godongwana issued a statement on Aug. 13 denying the alleged harassment took place, after an employee at the Kruger National Park opened a case against him.

Godongwana, who has been finance minister since August 2021, said he will step aside if charged, Johannesburg-based newspaper Business Day reported on Thursday. The minister is scheduled to present the government’s updated budget policy statement in October.