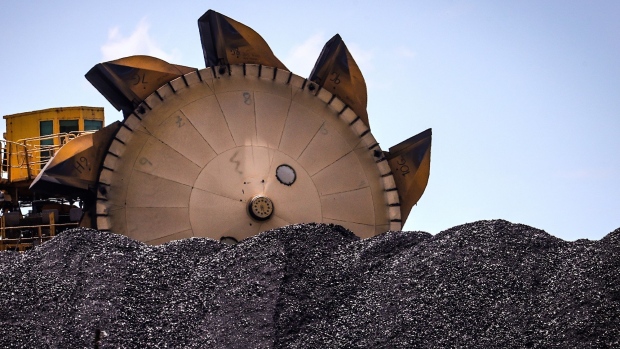 An excavator at a coal mine. Photographer: David Gray/Bloomberg , Bloomberg

(Bloomberg) -- South African coal producers are battling to contain theft and using drones to help ensure the safety of staff and mines, according to some of the industry’s biggest companies and consumers.

“We’re flying drones almost every night at every operation” to provide security, Seriti Resources Holdings Ltd. Chief Executive Officer Mike Teke said in an online conference Tuesday. He called on the government to work with producers to control the problem.

Africa’s most industrialized nation uses coal to generate the bulk of its electricity and to produce liquid fuels. About 30% of annual output is exported. Power utility Eskom Holdings SOC Ltd. can’t meet demand and has had to implement rolling outages to protect the grid.

“There is a significant amount of coal that’s being stolen” from Eskom, which is prioritizing security at sites, according to Sandile Siyaya, general manager of primary energy at the state-owned company. It’s in the process of calculating how much has gone missing.