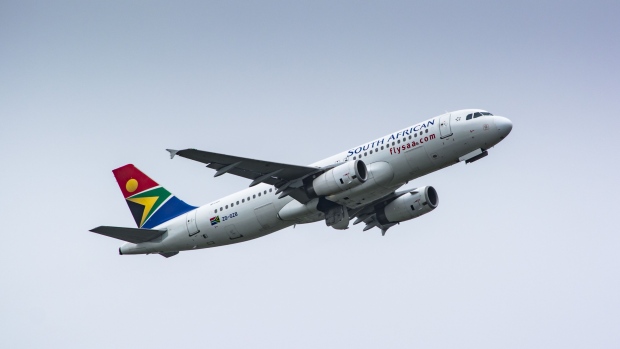 The sale of 51% of South African Airways to the Takatso consortium is “certainly moving in the right direction,” Gordhan, who oversees state-owned companies, said in an interview with Bloomberg Television on Friday. “There are a few more regulatory hoops that we have to jump through, so early in the new year that process should be completed.”

The group acquiring the stake comprises Johannesburg-based Global Airways, which owns new domestic airline Lift, and private-equity firm Harith General Partners. The emergence of a new coronavirus variant, which has prompted several countries to temporarily ban flights to the country, is unlikely to affect the price they pay, Gordhan said.

The minister also expressed his unequivocal backing for Andre de Ruyter, the chief executive officer of state power company Eskom Holdings SOC Ltd., who has faced calls from some labor unions and business groups to resign. The country has seen record blackouts this year, with Eskom failing to meet demand from its old and poorly maintained plants.

More information is expected to become available next week about the new virus variant, its transmissibility and how it should be responded to, according to Gordhan.

“Those are matters that over the next few days government will apply its mind to,” he said. “We have learned a few lessons from the first few waves, so to speak. The balance between lives and livelihoods needs to be carefully managed.”