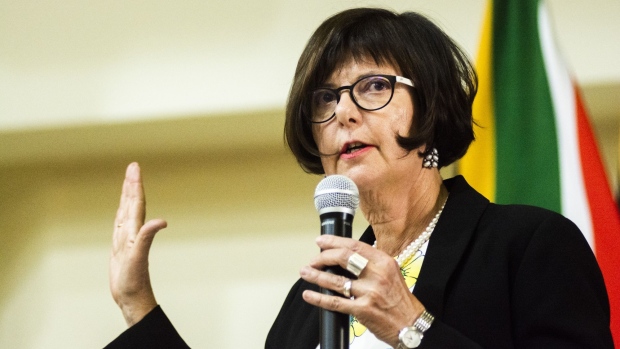 Creecy, who spoke at a Presidential Climate Commission meeting in South Africa on Friday, said she made the suggestion to peers from 50 countries at a meeting in London this month ahead of the summit.

The goal is significantly higher than the $100 billion a year that was set for 2020, but which rich countries have failed to deliver on. In negotiations leading up to COP26, a compromise is emerging to push the date to 2025.

The minister has repeatedly stressed that South Africa needs access to international finance if it’s to reduce a reliance on coal that makes it the world’s 12th-biggest emitter of greenhouse gases.

“Our suggestion is that post-2025, we most move from a floor of $100 billion,” she said. “Taking the needs of developing nations into account, we must move toward a collective goal of mobilizing $750 billion a year” from public and private sources, she said.

Creecy said the $100 billion agreed to now must be honored to create trust.