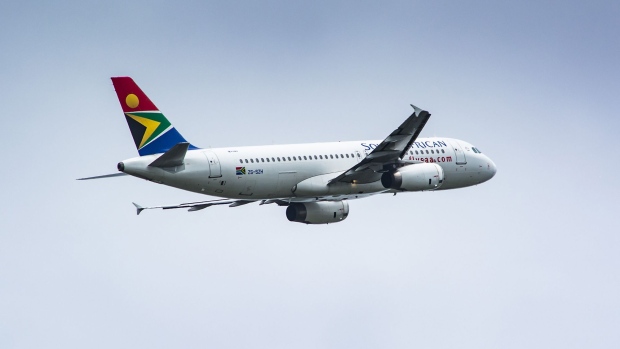 (Bloomberg) -- South Africa’s government is set to announce on Thursday that it has found a strategic equity partner for state-owned carrier South African Airways, according to three people familiar with the matter.

Details of the announcement are expected later on Thursday, the people said, declining to be identified because the information isn’t public yet.

President Cyril Ramaphosa will hold a media briefing at 12 p.m. South Africa time to “make an announcement as part of government’s effort to achieve a swift and lasting economic recovery,” according to a presidency statement. Public Enterprises Minister Pravin Gordhan is scheduled to brief the media at 12:45 p.m.

The announcement comes about six weeks after the airline emerged from lengthy bankruptcy proceedings, having reduced its workforce by almost 80% and cut liabilities. The next challenge is to resume international flights, though South Africa remains cut off from much of the world due to Covid-19 travel restrictions.