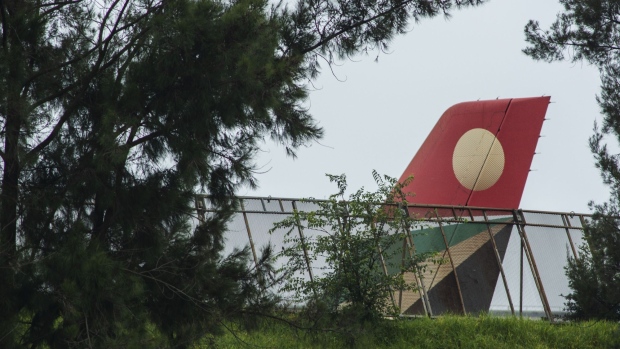 The tailfin of a passenger jet, operated by South African Airlines (SAA), stands near a perimeter fence at O.R. Tambo International Airport in Johannesburg, South Africa, on Friday, Jan. 24, 2020. South African Airways said “time is of the essence” for the government to provide a pledged cash injection if the loss-making national carrier is to continue flying. , Bloomberg

Voters representing about 86% of those eligible supported the package, first proposed by administrators for the bankrupt carrier a month ago. The motion overcame the 75% threshold after most labor groups agreed to sweetened severance packages last week, clearing the way for the workforce to be cut by almost 80% to 1,000 people.

All eyes now turn to the National Treasury, which will need to find about 10 billion rand more than previously allocated for SAA at a time when state finances are severely stretched by the coronavirus pandemic. Finance Minister Tito Mboweni has repeatedly voiced his reluctance to provide further bailouts to a carrier that hasn’t made a profit in almost a decade, putting him at odds with Public Enterprises Minister Pravin Gordhan.

According to SAA’s business-rescue plan published June 16, the Treasury needs to provide a written commitment to provide the funding by Wednesday or the proposals will be deemed unimplementable. The administrators expect to receive a confirmatory letter, Siviwe Dongwana, one of the lead architects of the recovery plan, said at the creditors’ meeting on Tuesday.

Gordhan’s department has said private investors and potential airline partners have expressed interest in taking part in the restructuring of the national carrier, which may help relieve the burden on the state. Speaking at the meeting, Kgathatso Tlhakudi, acting director-general of the department of public enterprises, said the government is looking for an adviser to work on a sales process.

SAA was placed in administration in December after surviving on bailouts and government debt guarantees for several years. Initial work on a recovery plan was torpedoed by the Covid-19 pandemic, which grounded all the carrier’s commercial passenger planes from late March.