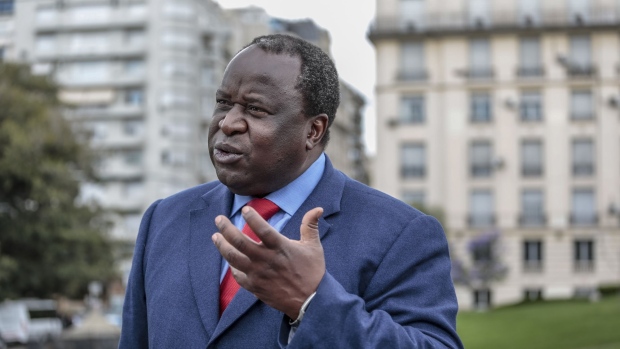 The debt-laden state power company, seen as the biggest threat to the nation’s economy, will get an extra 59 billion rand ($4.2 billion) over two years and together with lower-than-expected revenue collections, this “will come at a significant cost” to taxpayers, Mboweni told lawmakers on Tuesday.

The Reserve Bank made it clear that its 25 basis-point reduction to the key rate can only have a significant impact on an economy that’s forecast to expand just 0.6% this year if it’s complemented by other structural reforms. While Eskom’s finances and its inability to reliably supply power are major constraints to growth, funding the bailout that’s meant to help fix this may stifle household spending.

Having last year raised value-added tax for the first time since 1993, another increase to the levy may be too politically contentious, according to Elize Kruger, a senior economist at NKC African Economics. This would leave government “scraping all other sources” including personal-income taxes for additional revenue, she said.

Mboweni said the extra funding for Eskom could add to the government’s borrowing requirement. Higher debt costs would affect the performance of South African bonds and limit the scope for further interest-rate cuts to help boost growth, Kruger said.

The government usually doesn’t announce tax changes in the October mid-term budget but may rather use the opportunity to signal steps to take effect next year.

If the National Treasury doesn’t increase personal taxes outright, it will probably continue to leave the income-tax brackets unchanged instead of adjusting for inflation, which would result in a higher personal-income tax burden, said Jannie Rossouw, an economics professor and head of economic and business sciences at the University of the Witwatersrand.

The government raised income taxes for the first time in two decades in 2015 as it targeted mainly wealthy individuals to help plug a revenue shortfall.

However, an increase in taxes wouldn’t necessarily generate more income due to low tax morality because of less trust in the revenue agency, said Jeffrey Schultz, a senior economist at BNP Paribas South Africa.

“We need to get the economy going in order to try and arrest the deterioration in the fiscal side of things and that requires structural reform, it requires policy certainty, all of which has not been forthcoming yet,” he said. “In the absence of that, there is very little further that the National Treasury is able to do to generate the type of tax revenue that is required right now.”