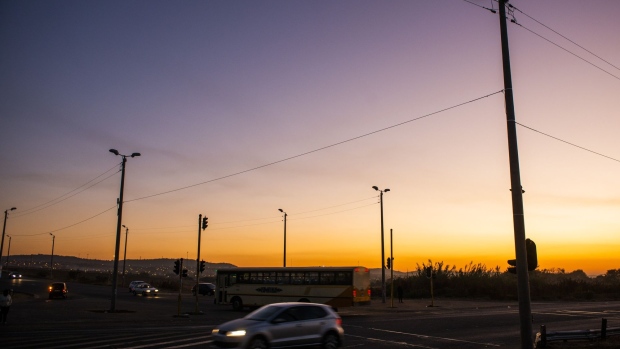 Electricity cables connect street lighting along a road at sunrise in the Saulsville township, Pretoria, South Africa, on Friday, May 31, 2019. While South African President Cyril Ramaphosa says power utility Eskom Holdings SOC Ltd. is considered too big to fail, it could be too big to support because of the costs associated with stabilizing its finances, Engineering News reported, citing S&P Global Ratings Director Ravi Bhatia. , Bloomberg

The current round of blackouts, known locally as loadshedding, started on Aug. 3 after 11 days without interruptions. Loadshedding has been suspended, Eskom said in a statement on Sunday.

The company appealed to South Africans to use electricity sparingly “especially during these uncertain times on the power system.”