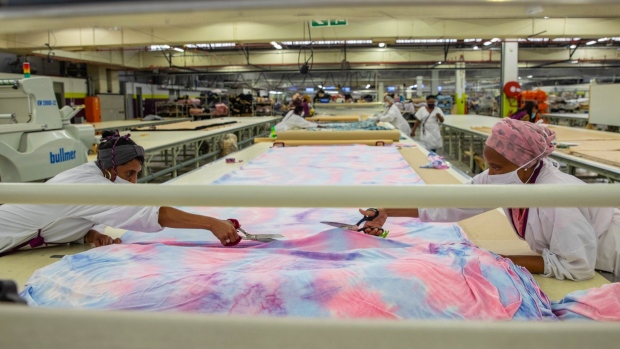 (Bloomberg) -- An index measuring South African factory sentiment plunged by a record in July, after a week of deadly riots, looting and arson disrupted supply chains, industrial output and demand for manufactured goods

Absa Group Ltd.’s purchasing managers’ index, compiled by the Bureau for Economic Research, fell to 43.5 from 57.4 in June, the Johannesburg-based lender said Monday in an emailed statement. The median of four economists’ estimates in a Bloomberg survey was 54.

The monthly decline was the largest since record keeping began almost 22 years ago. The index is at the lowest level since April last year, when coronavirus restrictions shuttered all economic activity except essential services for five weeks.

Riots and looting erupted in the eastern KwaZulu-Natal province and the commercial hub of Gauteng last month after the jailing of former President Jacob Zuma on contempt-of-court charges. The violence marked the worst civil unrest in South Africa since the end of White-minority rule in 1994, with at least 300 people dead and thousands of businesses looted or burned down.

The unrest set back the recovery of a sector that accounts for about 13% of gross domestic product. It also ended an 11-month streak in which the main index had been above 50, the key level that signals expansion and showed that manufacturing conditions were normalizing after lockdown rules shut down most activity in the second quarter of last year and continued to weigh on output for much of 2020.

The reintroduction of strict lockdown measures, a cyberattack at the state-owned ports and freight-rail operator that hobbled trade at key container terminals, and the riots affected sentiment and “vastly outweighed the positive spillovers to parts of the manufacturing sector from robust South African mining sector activity amid elevated commodity prices,” Absa said.

The index measuring business activity fell to 26.6 from 56.2 and the gauge for new sales orders declined more than 25 points to 31.9, a level last seen in the aftermath of the 2008 global financial crisis, the lender said.

The lifting of some virus restrictions and relative calm should lift factory output from this month, Absa said. The index tracking expected business conditions in six months’ time rose to 64.3 from 59.3.