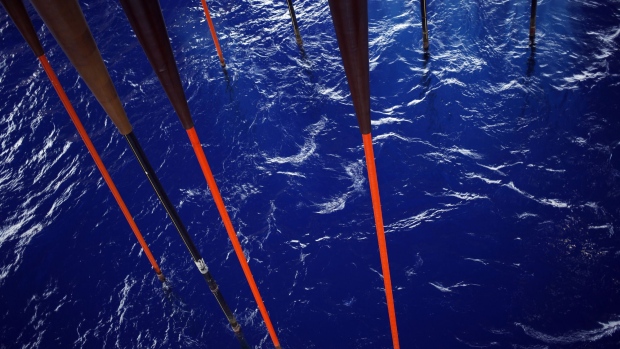 Pipes and mooring lines are seen beneath the Chevron Corp. Jack/St. Malo deepwater oil platform in the Gulf of Mexico off the coast of Louisiana, U.S., on Friday, May 18, 2018. While U.S. shale production has been dominating markets, a quiet revolution has been taking place offshore. The combination of new technology and smarter design will end much of the overspending that's made large troves of subsea oil barely profitable to produce, industry executives say. Photographer: Luke Sharrett/Bloomberg , Bloomberg

Environmental organizations and communities have increased efforts in recent months to stop the activity that they say is harmful to marine life. They’ve also criticized the process used to consult people who potentially could be affected by the survey.

Green Connection and the Aukatowa small scale fisheries cooperative are among more than a dozen applicants in a notice of motion signed on Jan. 21, according to a copy of the document seen by Bloomberg. It intends to apply to the High Court of the Western Cape province on Feb. 7 for an order to prevent South Africa’s petroleum regulator and other parties involved from continuing the survey.

The groups earlier had warned Searcher Seismic, a company planning to collect data off the west coast of the country, not to participate in the activity.

The case follows a victory by communities in December against Royal Dutch Shell Plc that temporarily blocked seismic activity offshore another area of the coast. That halt will stand until a ruling can be made on whether further environmental authorization by the company is required.

Searcher has said its permit to do the work was granted in May and the company is in compliance with requirements.