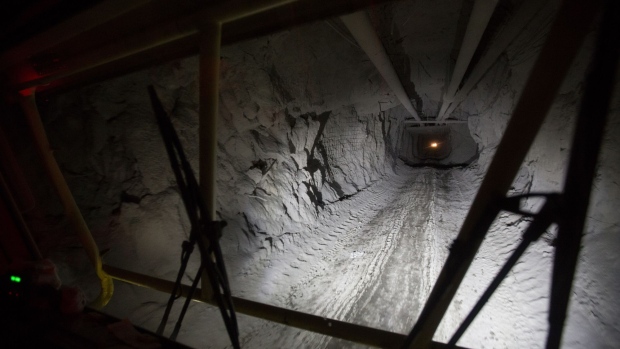 A light illuminates an underground tunnel at the Taymyrsky copper mine, operated by MMC Norilsk Nickel PJSC, in Norilsk, Russia. , Bloomberg

(Bloomberg) -- Sixty nine workers have died in South African mines so far this year, as safety worsens in an industry which has some of the world’s deepest gold and platinum mines.

The death toll in the sector that has traditionally underpinned the South African economy compares to 48 in the same period last year, Department of Mineral Resources and Energy said in an emailed statement. The government said 60 workers died at mining operations last year, worsening from 51 in 2019 when mining companies said they recorded the lowest fatalities on record.